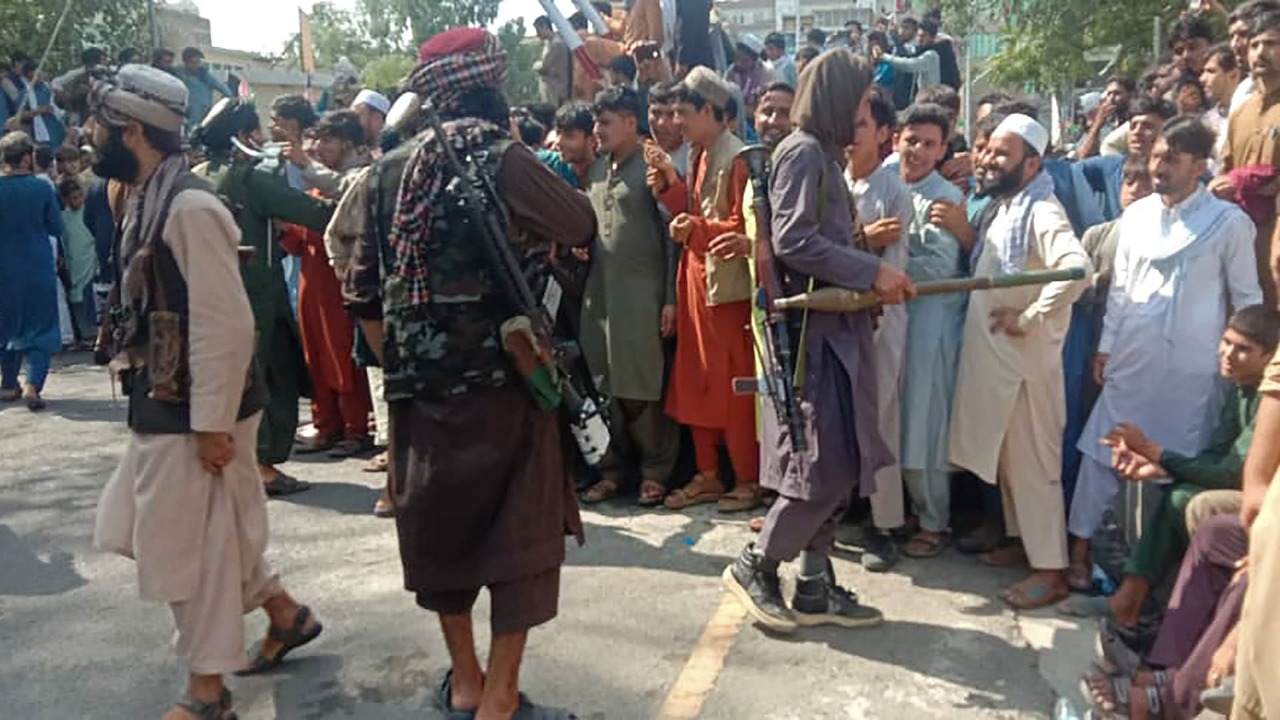 Shafaq News / Some former members of Afghanistan’s U.S.-trained intelligence service and elite military units—now abandoned by their American patrons and hunted by the Taliban—have enlisted in the only force currently challenging the country’s new rulers: Islamic State.

The number of defectors joining the terrorist group is relatively small, but growing, according to Taliban leaders, former Afghan republic security officials and people who know the defectors. Importantly, these new recruits bring to Islamic State critical expertise in intelligence-gathering and warfare techniques, potentially strengthening the extremist organization’s ability to contest Taliban supremacy.

An Afghan national army officer who commanded the military’s weapons and ammunition depot in Gardez, the capital of southeastern Paktia province, joined the extremist group’s regional affiliate, Islamic State-Khorasan Province, and was killed a week ago in a clash with Taliban fighters, according to a former Afghan official who knew him.

The former official said several other men he knew, all members of the former Afghan republic’s intelligence and military, also joined Islamic State after the Taliban searched their homes and demanded that they present themselves to the country’s new authorities.

A resident of Qarabagh district just north of Kabul said his cousin, a former senior member of Afghanistan’s special forces, disappeared in September and was now part of an Islamic State cell. Four other members of the Afghan national army that the man knew have enlisted in the group, also known as ISIS-K, in recent weeks, he said.

“In some areas, ISIS has become very attractive” to former members of Afghan security and defense forces “who have been left behind,” said Rahmatullah Nabil, a former head of Afghanistan’s spy agency, the National Directorate of Security, who left the country shortly before the Taliban takeover. “If there were a resistance, they would have joined the resistance.” But, he said: “For the time being, ISIS is the only other armed group.”

The Taliban have been trying to project an image of safety and normalcy since retaking power. But as WSJ’s Sune Rasmussen reports from Kabul, harsh punishments, violence, and a crackdown on basic freedoms are becoming the reality. Photo: Bulent Kilic/AFP/Getty ImagesTHE WALL STREET JOURNAL INTERACTIVE EDITION

Taliban forces in early September stamped out a nascent resistance movement in the Panjshir valley led by Ahmad Massoud, a son of anti-Taliban commander Ahmad Shah Massoud who was assassinated by al Qaeda in 2001. Resistance leaders then fled abroad.

The Taliban have long alleged that Islamic State-Khorasan Province was a creation of Afghanistan’s intelligence service and the U.S. that aimed to sow division within the Islamist insurgency, a claim denied by Washington and by Kabul’s former government.

Hundreds of thousands of former Afghan republic intelligence officers, soldiers and police personnel are unemployed and afraid for their lives despite pledges of amnesty from the Taliban. Only a fraction of them, mostly in the National Directorate of Security, have returned to work under Taliban supervision. Like nearly all other Afghan government employees, they haven’t been paid for months.

“It’s exactly how it started in Iraq—with disenchanted Saddam Hussein generals,” a senior Western official warned. “You have to be careful.” The U.S. disbanded Iraq’s security forces after the 2003 invasion of the country. Often with weapons stashed at home and with years of combat expertise, they provided a ready pool of recruits for militant groups, including al Qaeda and the precursor of Islamic State.

In addition to protection from the Taliban, Islamic State is offering significant amounts of cash to its new members in Afghanistan, security officials say. In recent Senate testimony, Colin Kahl, U.S. undersecretary of defense for policy, warned that Islamic State in Afghanistan could generate the capacity to attack the West and allies within six to 12 months.

While the Taliban are highly motivated to go after Islamic State, he added, “Their ability to do so, I think, is to be determined.”

A suspected Islamic State member was detained by the Taliban in Kabul in September.

Though the Taliban and Islamic State both say they want to impose a strict Islamic order in Afghanistan, the two groups have deep religious, ideological and political differences. The Taliban mostly follow the Hanafi school of Sunni Islam, believe in an Afghan nation-state and say they seek good relations with all countries, including the U.S. They view the country’s Shiite Hazara minority as fellow Muslims.

Islamic State follows the more rigid Salafi Islamic tradition, considers Shiites to be apostates who should be physically exterminated, and seeks to establish a world-wide Islamic caliphate through military conquest.

While influenced by Islamic State’s original leaders in Syria and Iraq, Islamic State-Khorasan Province was established in 2014 by Afghan and Pakistani Taliban militants who felt the Taliban leadership, by then seeking peace talks with the U.S., wasn’t radical enough. The group controlled several districts of eastern Afghanistan until a Taliban offensive in 2015 dramatically weakened the group.

Islamic State-Khorasan Province, however, has rebounded this year, taking advantage of the collapse of the Afghan republic and the withdrawal of the U.S. counterterrorism presence.

The group killed 200 Afghans and 13 members of the U.S. armed forces at Kabul airport in August, and has since then carried out a spate of attacks on the Taliban, mostly in the eastern province of Nangarhar, but now increasingly often in Kabul. The group also claimed responsibility for bombing Shiite mosques in the cities of Kunduz and Kandahar in October. Those attacks killed well over 100 worshipers.

While the U.S. has begun providing some intelligence on Islamic State to the Taliban, Taliban officials are loath to admit that cooperation and generally dismiss the severity of Islamic State’s challenge.

“We are not faced with a threat nor are we worried about them,” said Mawlawi Zubair, a senior Taliban commander whose 750 men oversee southwestern Kabul and who operates out of the capital’s third police district headquarters. “There is no need, not even a tiny need, for us to seek assistance from anyone against ISIS.”

The area under his supervision includes the Kabul zoo, where a man believed to be an Islamic State militant recently threw a hand grenade into a crowd of Taliban foot soldiers. Former members of the Afghan security forces are “100%” involved in such Islamic State attacks, Mr. Zubair said.

He said Islamic State is also feeding on growing resentment over the country’s economic meltdown that followed the Taliban’s Aug. 15 takeover.

“In the current situation, we are not dealing with a few difficulties, we are facing many,” Mr. Zubair said. “If we get rid of all our economic and administrative problems, ISIS will disappear in 15 days in all of Afghanistan.”