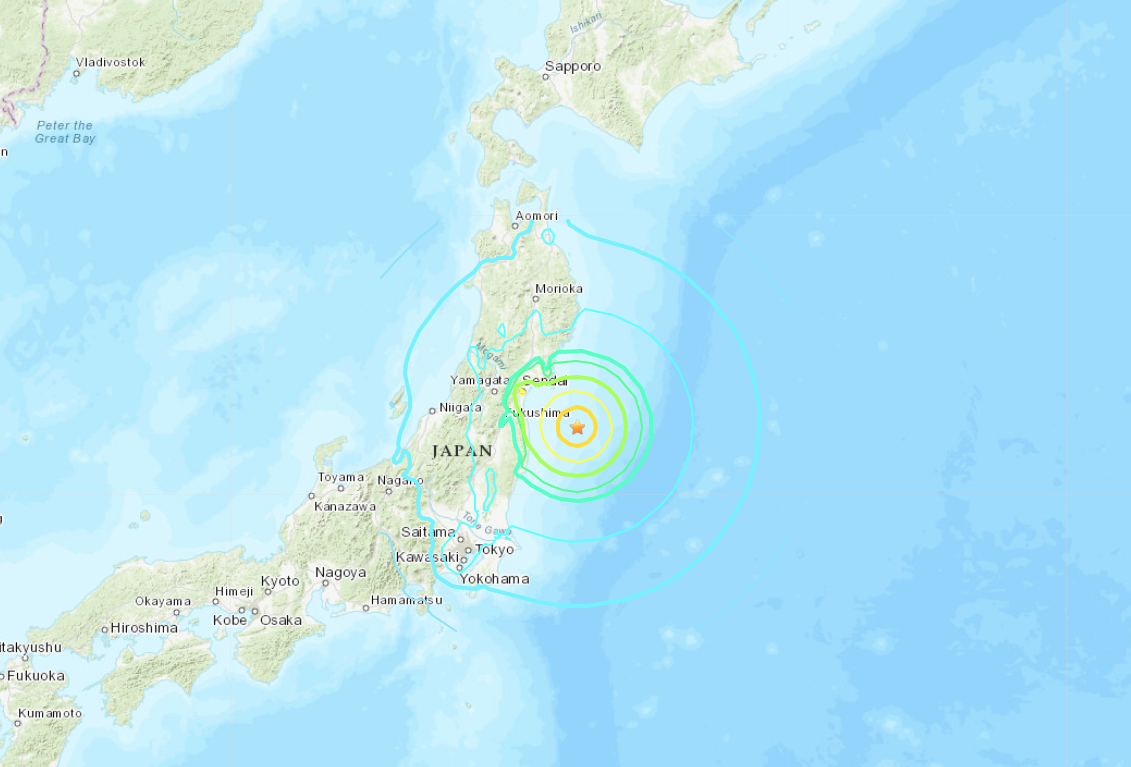 There was no threat of a tsunami from the quake. About 830,000 households were hit by blackouts, according to Tokyo Electric Power Co., also known as Tepco.

The epicenter of the quake was off the coast of Fukushima, about 220 kilometers (135 miles) north of Tokyo, the Japan Meteorological Agency said. The strong quake was felt widely across Japan, including shaking of four on Japan’s seven-point scale in the capital Tokyo. The JMA, which upgraded the quake’s magnitude from an initial 7.1, warned of strong aftershocks over the next week.

The earthquake occurred less than a month before the 10-year anniversary of the 2011 earthquake and tsunami that left about 19,000 people dead or missing. The tsunami hit the Fukushima Dai-ichi nuclear plant, leading to a meltdown at three nuclear units.

No abnormalities were found at the nuclear plants in Fukushima, Tepco said.

Buildings in central Fukushima city did not appear to have suffered any major structural damage, according to television footage.

At least 30 people suffered injuries in Fukushima and neighboring Miyagi prefecture, according to Kyodo News.