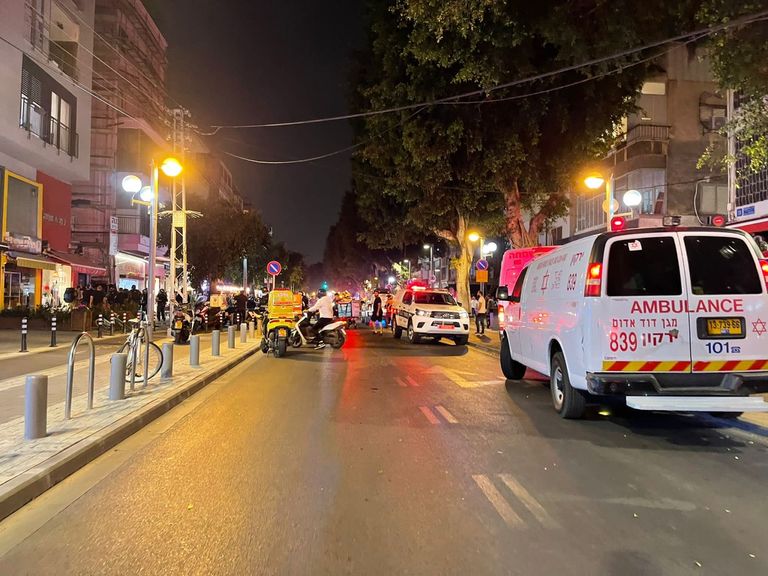 Shafaq News / At least two people were killed and several wounded in a shooting in a crowded central Tel Aviv bar and restaurant district on Thursday night, Israeli medics said.

The motive for the shooting was not immediately clear, but it came amid heightened tensions following a series of deadly attacks carried out by Palestinians. The militant Hamas group ruling Gaza praised the attack but did not claim responsibility.

Live footage from Israel’s Kan broadcaster showed police flooding the area and training their guns on the upper story of a building. It also showed an explosion of some kind.

Israel’s Magen David Adom emergency service said it received reports of a shooting at “several scenes” around downtown Tel Aviv. It said it had evacuated six people to the nearby Ichilov hospital. The hospital said two people had died and that it was treating another eight who were wounded.