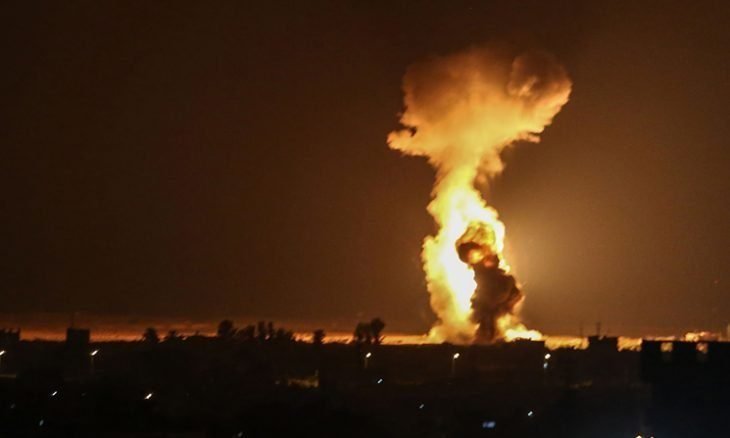 SANA News Agency quoted a military source saying that at 01:26, the Israeli warplanes launched "an Israeli air aggression from northeastern Beirut, targeting some points in the central region."

The Agency reported that the Syrian air defenses intercepted the Israeli attack and shot down most missiles.

Two civilians were killed, and one civilian and six soldiers were injured in the attack.