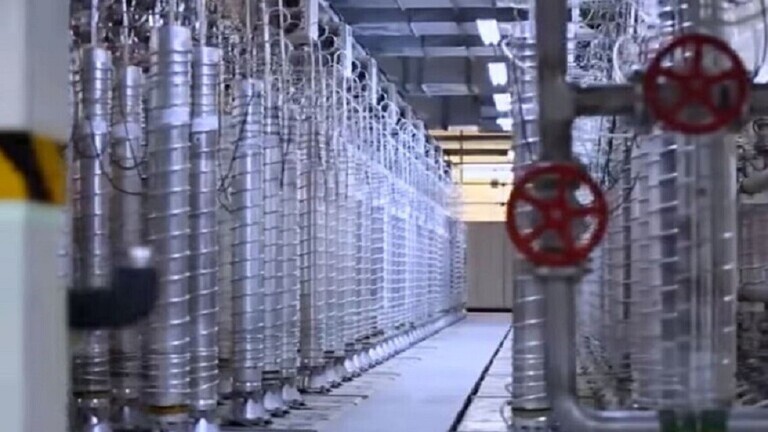 Shafaq News/ Prime Minister Naftali Bennett on Tuesday published documents he said were taken from Iran and show Iranian intelligence spied on the UN’s atomic agency in order to better cover up its rogue nuclear activities.

Bennett tweeted a link to the files, which are in Persian, along with a video in which he responded to remarks by Iranian Foreign Minister Hossein Amir-Abdollahian dismissing the spying allegations last week as “Zionist lies.”

“Spreading lies? Come on. I’m holding the proof of your lies right here in my hands,” Bennett said in the video, holding up copies of the documents. “You see, after Iran stole classified documents from the UN’s Atomic Agency, Iran used that information to figure out what the atomic agency was hoping to find, and then created cover stories and hid evidence to evade their nuclear probes.

“So how do we know this? Because we got our hands on Iran’s deception plan a few years back. And it’s right here in my hands,” Bennett said, referring to a daring 2018 operation that saw Israeli agents spirit out hundreds of thousands of documents about Iran’s nuclear program from a warehouse in Iran.

“Here it is, in the Persian language, hundreds of pages marked with the stamp of Iran’s Ministry of Intelligence,” Bennett said.

He said that some of the documents have handwritten notes on them, including one by the Iranian defense minister to Mohsen Fakhrizadeh, regarded as the head of Iran’s nuclear program. Fakhrizadeh was assassinated in a November 2020 ambush near Tehran, in an operation attributed to Israel.

In the note, the minister wrote, “Sooner or later they (referring to the atomic agency) will ask us — and we’ll need to have a comprehensive cover story for them,” Bennett quoted.

“Iran lied to the world, Iran is lying to the world again right now, and the world must make sure that Iran doesn’t get away scot-free,” Bennett warned.

At the World Economic Forum in Davos last Thursday, Amir-Abdollahian, the Iranian foreign minister, was directly asked during an interview about the alleged spying operation on the IAEA.

“Unfortunately, the Zionists are spreading lies lots of lies,” he responded, according to an English translation in Bennett’s video.

Revelations about the Iranian spying on the IAEA were published last week by the Wall Street Journal, based on documents from the archive Israel took from Tehran. The Journal said it received access to the documents “from a Middle East intelligence agency that hails from a country that opposes Iran’s nuclear program.” Previously only US intelligence had been provided the entire archive material, with partial access also granted to independent experts.

According to the Journal report, Iranian officials secured access to International Atomic Energy Agency documents and circulated them among top officials involved in its nuclear program between 2004 and 2006, and were thus able to prepare cover stories, falsify information and gain insight into what inspectors did and did not know.

In a statement Tuesday containing Bennett’s response to Amir-Abdollahian, the Prime Minister’s Office noted that the IAEA had just published a report on suspected undeclared nuclear material found at three sites and Iran’s refusal to answer questions about the locations. One of the sites in question was identified by Israel, and reportedly later confirmed by IAEA inspectors.

Iran said, also Tuesday, that the IAEA’s Monday report was “not fair” and suggested the critical assessment was driven by “pressure” from Israel.

“Unfortunately, this report does not reflect the reality of the negotiations between Iran and the IAEA,” foreign ministry spokesman Saeed Khatibzadeh told reporters.

“It’s not a fair and balanced report,” he said, adding: “We expect this path to be corrected.”

In the report, the UN’s nuclear watchdog said it still had questions that were “not clarified” regarding undeclared nuclear material previously found at three sites — Marivan, Varamin and Turquzabad, a district of Tehran, previously identified by Israel as an alleged site of secret atomic activity.

It said its long-running efforts to get Iranian officials to explain the presence of nuclear material had failed to provide the answers it sought.

Iran saw an Israeli hand in the IAEA’s findings.

“It is feared that the pressure exerted by the Zionist regime and some other actors has caused the normal path of agency reports to change from technical to political,” Khatibzadeh said.

Earlier, Iran’s representative to the IAEA, Mohammad Reza Ghaebi, said the IAEA report “does not reflect Iran’s extensive cooperation with the agency.”

“Iran considers this approach unconstructive and destructive to the current close relations and cooperation between the country and the IAEA,” he said, adding: “The agency should be aware of the destructive consequences of publishing such one-sided reports.”

Inspectors from the International Atomic Energy Agency visited the Turquzabad site several times after then-prime minister Benjamin Netanyahu identified it in a 2018 address to the UN General Assembly, took soil samples, and later definitively concluded that there were “traces of radioactive material” there, Israel’s Channel 13 news reported in 2019.

Sources told AFP in February 2021 that there was no indication the site has been used for processing uranium, but that it could have been used for storing it as late as the end of 2018.

In a separate report published on Monday, the IAEA estimated that Iran’s stockpile of enriched uranium had grown to more than 18 times the limit agreed on in the troubled 2015 pact between Tehran and major powers, known as the Joint Comprehensive Plan of Action.

The limit in the JCPOA was set at 300 kilograms (660 pounds) of a specific compound, the equivalent of 202.8 kilograms of uranium. The report also said that Iran was continuing its enrichment of uranium to levels higher than the 3.67 percent limit in the deal.

The stockpile of uranium enriched up to 20% is now estimated to be 238.4 kilograms, up 56.3 kilograms since the last report in March, while the amount enriched to 60% stands at 43.1 kilograms, an increase of 9.9 kilograms.

Enrichment levels of around 90% are required for use in a nuclear weapon.

Earlier in May, the IAEA announced that it was “extremely concerned” by Iranian silence on potential undeclared nuclear sites.

“I am referring to the fact that we, in the last few months, were able to identify traces of enriched uranium in places that had never been declared by Iran as places where any activity was taking place,” IAEA head Rafael Grossi told a European Parliament Committee.

“The situation does not look very good. Iran, for the time being, has not been forthcoming in the kind of information we need from them… We are extremely concerned about this,” Grossi said.

Iran has always insisted that its nuclear program is peaceful. Israel views a nuclear-threshold Iran as an unacceptable threat, as Tehran is avowedly committed to the destruction of the Israel.

Both American and Israeli officials have assessed that Iran now needs only a few weeks to amass enough fissile material for a bomb, should it choose to make one, though it would need additional time to assemble the device’s other components.

“[Iran] stands just a few weeks away from accumulating fissile material that will be sufficient for a first bomb, holds 60 kilograms of enriched material at 60%, produces metallic uranium at the enrichment level of 20%, and prevents the IAEA from accessing its facilities,” Defense Minister Benny Gantz said on May 17.

Officials in the current US administration, led by US President Joe Biden, blame the drop in Iran’s breakout time on former president Donald Trump’s decision to unilaterally withdraw from the JCPOA agreement in 2018. The agreement gave Iran relief from crippling economic sanctions in exchange for curbs on its nuclear activities designed to prevent it from developing an atomic bomb — an ambition it has always denied. But after withdrawing, Washington reimposed biting sanctions on Tehran, prompting Iran to begin rolling back on its own commitments.

“Their breakout period is down from about a year, which is what we knew it was during the deal, to just a few weeks or less,” White House Press Secretary Jen Psaki said at a press conference in February.

The twin reports came as talks in Vienna to revive the JCPOA remain deadlocked after stalling in March.

One of the main sticking points is Tehran’s demand — rejected by Washington — that the Islamic Revolutionary Guard Corps, the ideological arm of Iran’s military, be removed from a US terrorism blacklist.