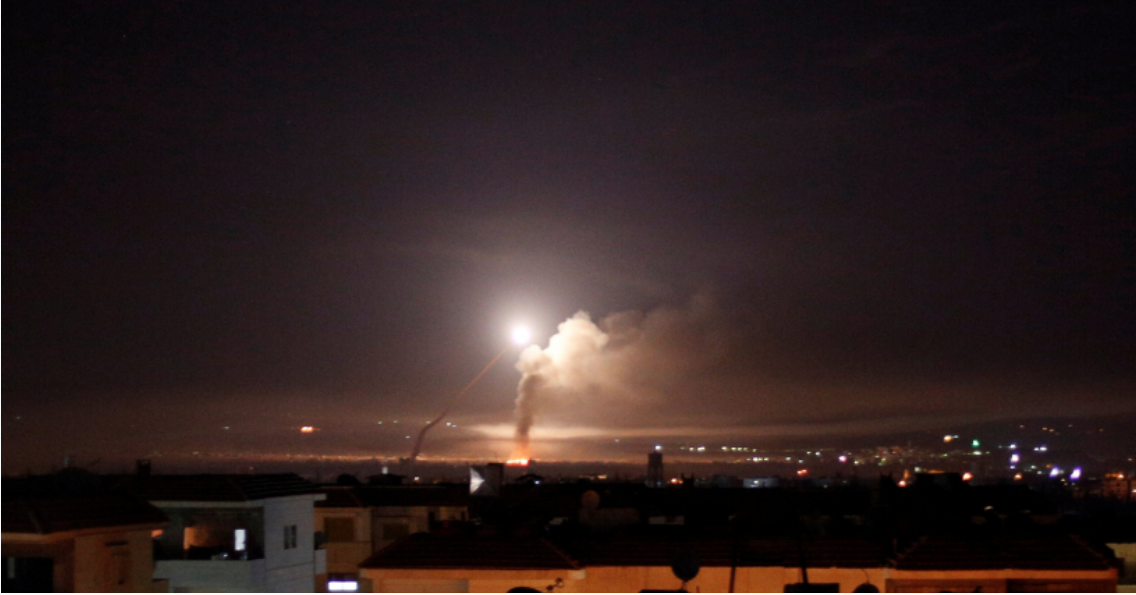 “At 12:40 this morning, the Israeli enemy launched an aggression by directing a barrage of missiles from the north of the Lebanese city of Tripoli towards the Masyaf area in the western Hama countryside,” the statement said.

“Our air defenses intercepted the missiles and downed most of them,” it added.

For its part, the Syrian Observatory for Human Rights, a war monitor, announced that the Israeli rockets destroyed warehouses and scientific research centers where Iranian factions are deployed in Syria.

The bases in eastern, central and southern Syria which Israel had hit in recent months are believed to have a strong presence of Iranian-backed factions.

Syria never publicly acknowledges that the strikes target Iranian assets in a country where Tehran’s military presence has covered most government-controlled areas.

Israel has acknowledged conducting many raids inside Syria since the start of the civil war in 2011 where it sees Iran’s presence as a strategic threat.

Israeli defense officials have said in recent months that Israel would step up its campaign against Iran in Syria where, with the help of its proxy militias, Tehran has expanded its presence.

Trump, who lost his re-election bid on Nov. 3, has been a strong backer of Israeli military intervention against Iranian forces in Syria. President-elect Joe Biden has said he will try to revive a nuclear agreement with Iran that Trump abandoned.