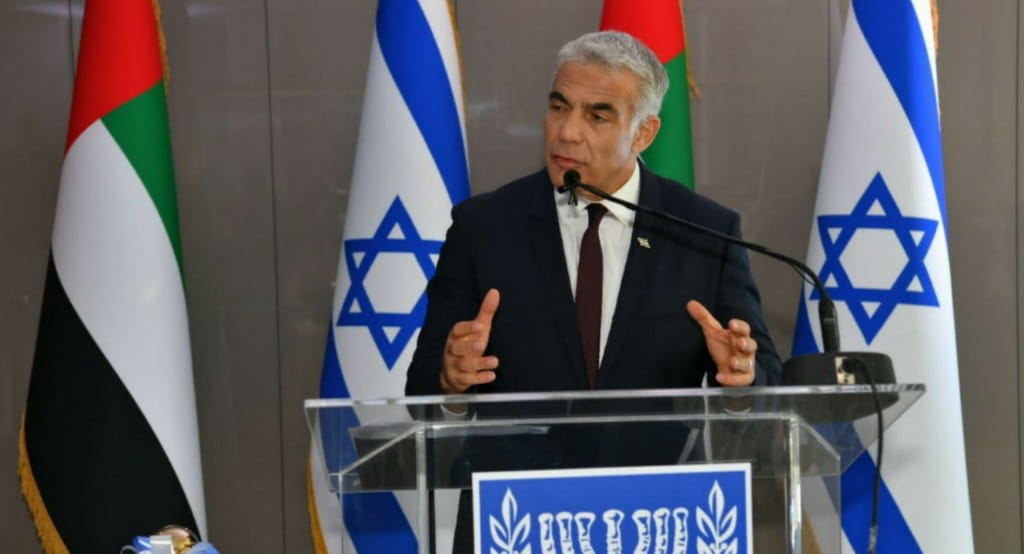 Shafaq News/ The Israeli Foreign Minister, Yair Lapid, affirmed on Wednesday that his country is seeking to expand its diplomatic relations to include the countries of the entire Middle East, considering that Israel and the United Arab Emirates can "change the world."

Lapid said in a press conference at the end of his visit to the UAE, "This visit is not the end of the road to peace, it is just the beginning. Our hand is open for peace.”

He described the Israeli consulate in Dubai, which he opened today, as "not only a consulate, but a center for cooperation. This is the place that symbolizes our ability to think, develop and change the world together."

Lapid refused to answer a question about whether Israel was coordinating with the Gulf states regarding the Iran file, explaining that he did not want to "embarrass" his hosts by making statements about a neighboring country during his stay in the UAE.

At the same time, he reiterated his country's concern about the possibility of resuming the UN nuclear agreement with Iran, noting that Tel Aviv is discussing its concerns in this regard with the United States.