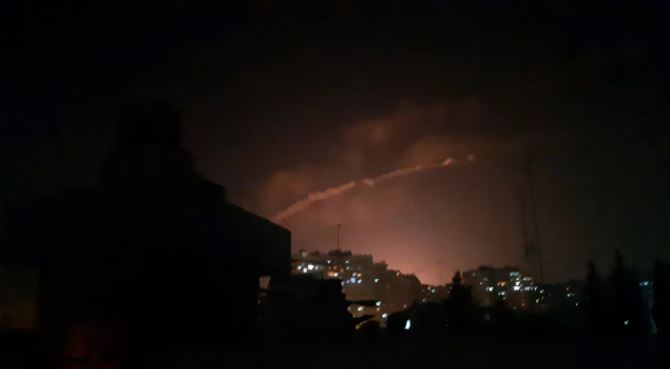 The Syrian defense ministry said on Facebook that the attack resulted in some material damage.

This is the second Israeli aerial strike on Syria this month after Israel targeted anti-aircraft batteries on February 9 in response to a missile fired from Syria.

Since 2011, when the war broke out in Syria, Israel has carried out hundreds of airstrikes, targeting government positions and the army.