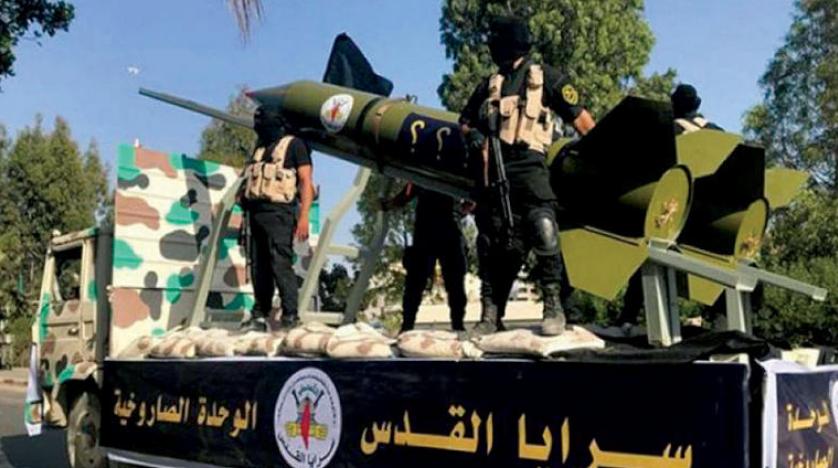 Shafaq News/ The Islamic Jihad leader Ziad Al-Nakhala vowed to retaliate for the Israeli strikes that killed dozens, including a militant commander.

"There are no red lines in this battle, and Tel Aviv will fall under the rockets of the resistance, as well as all Israeli cities," he told Al-Mayadeen TV Channel.

"This is a day destined for victory, and the enemy must understand that there will be a war without surrender," said al-Nakhala. "The resistance fighters must stand as one; we have no red lines and no place to stop."

On Friday, Israel unleashed a wave of airstrikes in Gaza that it said targeted the Islamic Jihad militant group amid days of heightened tensions following the arrest of a senior member of the group in the occupied West Bank earlier this week.

A blast could be heard in Gaza City, where smoke poured out of the seventh floor of a tall building on Friday afternoon.

The Israeli military said it targeted Islamic Jihad in a " Breaking Dawn operation." It also announced a "special situation" on the home front, with schools closed and limits placed on other activities in communities within 80 kilometers (50 miles) of the border.

The Palestinian Ministry of Health said Israeli airstrikes on Gaza had killed nine people, including a five years old child, and wounded another 55.

The Islamic Jihad militant group says a senior commander, Taiseer al-Jabari, is among those killed.

In turn, An Israeli spokesman said the military estimated it had killed around 15 "terrorists" but did not have a final casualty total.

Islamic Jihad is smaller than Hamas but essentially shares its ideology. Both groups oppose Israel's existence and have carried out scores of deadly attacks over the years, including firing rockets into southern Israel. However, it's unclear how much control Hamas has over Islamic Jihad, and Israel holds Hamas responsible for all attacks emanating from Gaza.