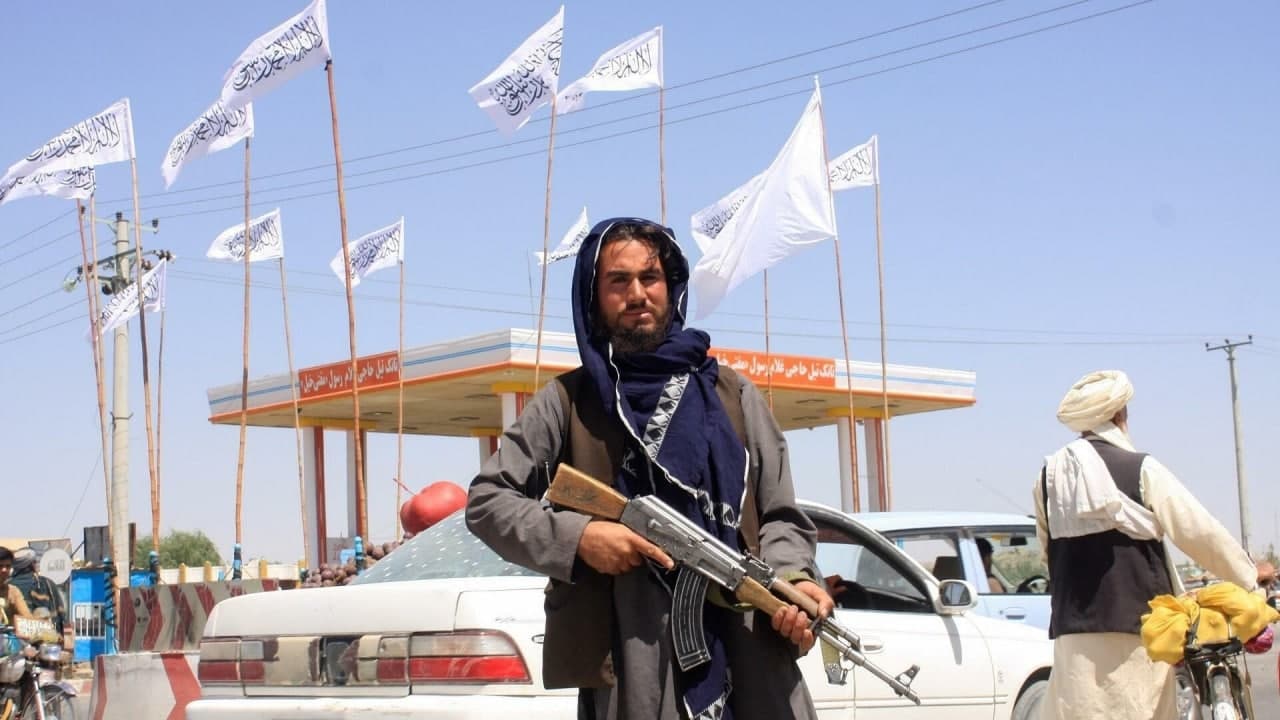 This isn’t a description of the dramatic collapse of the Afghan security forces in the face of the lightning-fast Taliban offensive that overran most of the country in a matter of days. It was Professor Noam Chomsky’s summary of the Iraqi Army’s failure to defend northern Iraq in June 2014, when the Islamic State (ISIS) group conquered one-third of that country, including its second city Mosul, in a mere few days.

As the U.S. began its final withdrawal of troops from Afghanistan, comparisons with the complete withdrawal from Iraq in December 2011 were made. Following that withdrawal, ISIS emerged and established its self-styled caliphate that spanned large swathes of Syria and Iraq equal in size to Great Britain at its peak in 2014. It took three years for Iraq to reclaim its major cities from the group, culminating in the fierce nine month battle to reclaim Mosul. Baghdad could only do so after the U.S. established and led a multinational coalition that carried out thousands of supporting airstrikes for Iraqi counteroffensives and also armed, advised, and trained Iraqi special forces.

Before the U.S. withdrew from these countries, it spent the preceding years spending enormous sums on arming, building up, and training their respective armies and security forces to enable them to combat insurgent and terrorist threats independently.

So why did both the Afghan and Iraqi security forces fail so poorly in their respective moments of truth in August 2021 and June 2014?

Last month, President Joe Biden sought to dismiss the notion that Afghanistan would inevitably fall to the Taliban after the U.S. withdrawal given the size and strength of its armed forces.

“Because you — the Afghan troops have 300,000 well-equipped — as well-equipped as any army in the world — and an air force against something like 75,000 Taliban. It is not inevitable,” he said.

Not only did this large “well-equipped” army collapse like a house of cards as the Taliban advanced and captured one key city after another, but it also failed even to stop the Taliban from taking over the vast majority of the country and toppling the government before the U.S. completed its scheduled withdrawal by Aug. 31.

The pre-June 2014 Iraqi Army also appeared well capable of prevailing over comparably lightly armed insurgents given their superior numbers and military hardware. Instead, what happened was that a force of 30,000 Iraqi soldiers in Mosul fled as a comparably tiny force of no fewer than 800 ISIS militants captured that metropolis. As with the Taliban today, ISIS could hardly believe its luck and the swiftness of its victory. In both cases, large quantities of American military hardware and weapons, especially Humvees, were captured intact by the marauding militants.

In Afghanistan, widespread corruption fatally eroded the morale of troops at the front. They frequently complained about the lack of air support and even ammunition and food. The Taliban shrewdly exploited these frustrations and the growing unwillingness of those troops to die defending the corrupt and incompetent government of President Ashraf Ghani by promising them safe passage in return for their surrender. This, coupled with the imminent American withdrawal, which also would have included ending supporting airstrikes against the Taliban after Aug. 31, created a perfect storm that played in the Taliban’s favor.

“And when the Taliban started building momentum after the United States’ announcement of withdrawal, it only increased the belief that fighting in the security forces – fighting for President Ashraf Ghani’s government – wasn’t worth dying for,” a New York Times NYT report noted. “In interview after interview, soldiers and police officers described moments of despair and feelings of abandonment.”

The U.S. insistence on supplying the Afghan military with modern Western military hardware also proved unsustainable and unwittingly ended up hastening that military’s defeat. In particular, the Afghan air force relied almost entirely on assistance from Western contractors, the vast majority of whom left the country in the months leading up to the final withdrawal. That substantially reduced the effectiveness and readiness of the one branch of the Afghan military that the Taliban could do little to nothing to combat and was essential for resupplying the army’s frontline positions. The decision by Washington to stop procuring Russian helicopters for Afghanistan after Moscow annexed Crimea in 2014 and instead supply Kabul with UH-60 Black Hawk helicopters, that the Afghans had no prior experience operating, and which are immensely more difficult for them to maintain and keep operational, also proved disastrous.

As journalist Fred Kaplan pointed out, the U.S. created an army for Afghanistan “in the precise image of the U.S. military” which “was greatly enhanced by, but would be forever dependent on, a network of close air support, intelligence, logistics, repair and maintenance crews, and rapid mobility by helicopter from one isolated area of the country to another. These networks were by and large maintained by American troops and contractors.”

Consequently, as the Americans began withdrawing and “once these networks of combat support vanished — the Afghan army’s collapse was inevitable.”

In Iraq’s case, the June 2014 debacle was mainly the result of political decisions under the divisive sectarian government of Prime Minister Nouri al-Maliki, who had fundamentally undermined the effective army that the Americans had helped Iraq build before December 2011. Middle East expert Kenneth Pollack outlined how this came to be in his 2018 book Armies of Sand: The Past, Present, and Future of Arab Military Effectiveness.

To make matters worse, Maliki discontinued the training programs the U.S. had established. His politicization of the Iraqi Army and his overt sectarianism all played into ISIS’s hands. As Pollack explained, Sunni Iraqi soldiers weren’t willing to fight ISIS in defense of Maliki’s government, which they repeatedly protested was sidelining them on sectarian grounds. Kurdish soldiers serving in the Iraqi Army were also unwilling to fight for Maliki since he had previously threatened to attack their homeland Iraqi Kurdistan.

Then, the remaining bulk of the army, made up of Shi’a officers and troops withdrew too.

“When their Sunni Arab and Kurdish comrades deserted, they saw little point in fighting and dying to hold Sunni cities such as Mosul, Tikrit, Bayji, and Samarra,” Pollack wrote. “In many cases, it was Maliki’s (Shi’a) senior commanders who fled first and started the entire process.”

“As always in these kinds of cascading events, the first few desertions created a snowball effect.”

About 60 migrants stuck on Belarus' borders with Poland, Latvia

Afghanistan’s Five Lions Gear Up For New Fight Against Taliban