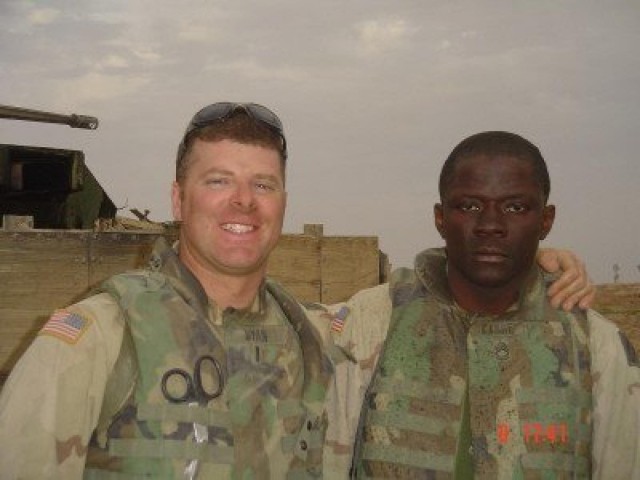 Shafaq news/ The Senate passed legislation on Tuesday that clears the way for President Trump to award the nation’s highest award for valor in combat to Army Sgt. 1st Class Alwyn Cashe, who repeatedly entered a burning vehicle in Iraq to save six fellow soldiers and an interpreter from harm and died a few weeks later.Washington Post said.

The legal requirement to receive the Medal of Honor is within five years of a service member’s acts of valor.

Cashe is considered one of the war’s great American heroes and would be the first African American to receive the award for actions in Iraq or Afghanistan.

The approval of the Cashe legislation in both chambers leaves Trump’s approval as the only hurdle to Cashe receiving the award.

Cashe, 35 was deployed to Samarra, Iraq, with the third Infantry Division when the armored Bradley Fighting Vehicle he was in rolled over an improvised explosive device on Oct. 17, 2005.

He was slightly injured by the explosion and drenched fuel, and realized the vehicle’s fuel cell had erupted and the vehicle had burst into flames.

Cashe continued to assist others, even after he was on fire, the citation said. He suffered burns over 72 percent of his body.

Cashe made numerous trips into the vehicle to recover fellow soldiers, suffering burns in the process. He died about three weeks later on Nov. 5 at Brooke Army Medical Center in San Antonio, which is known for its unit treating burns suffered in combat.

WHO expressed concern about Iraqis actions