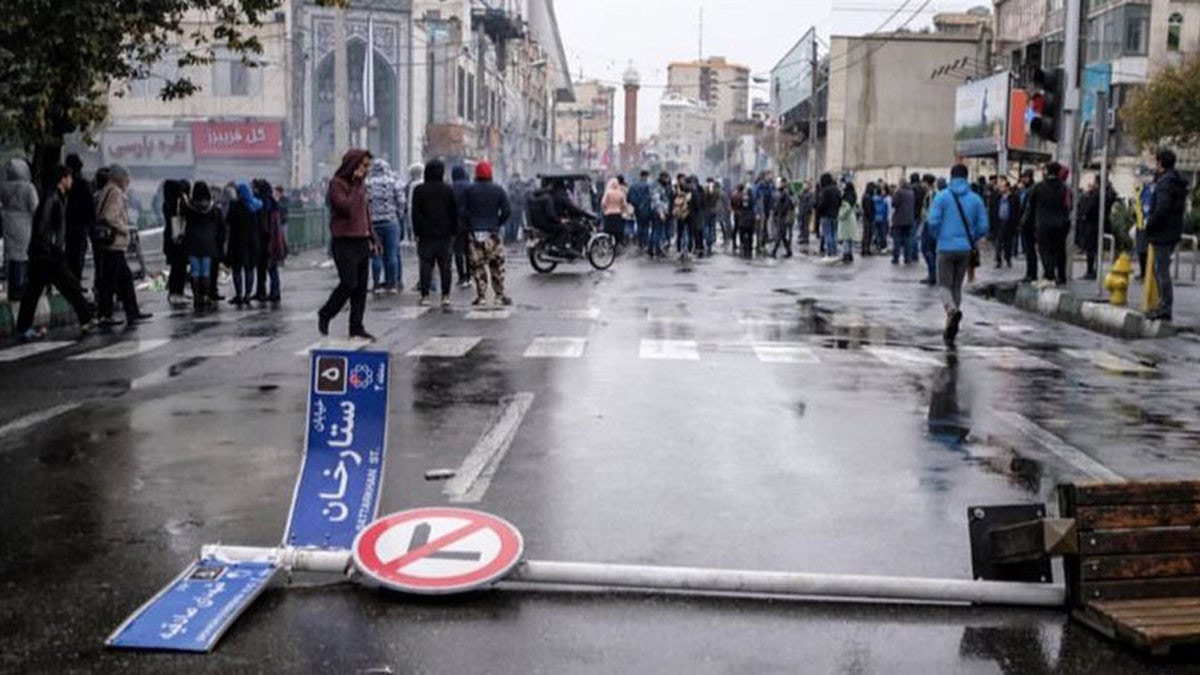 Shafaq News/ The nationwide protests of January 2018 and November 2019 were turning points in the history of street protests in the Islamic Republic of Iran, events that were accompanied in turn by bloody repression on the part of the state.

According to Iranwire, there is fear of a repetition of these events has led the Islamic Republic to use all the political, economic, military and security tools at its disposal to prevent a recurrence, and to stifle any gatherings or movements that officials believe could lead to a general uprising.

During this period Iran’s think-tanks and study centers have also published significant volumes of texts and research on why the events of January 2018 and November 2019 took place, and have offered various solutions to officials to prevent their recurrence.

Iranwire reported one of the most recent studies in this regard is called ”Active Preventive Strategies for the Political-Security Crisis”, which was published in the latest issue of the quarterly Defense Policy journal of Imam Hossein University, which is affiliated to the Islamic Revolutionary Guard Corps.

This study summarizes the views of security and political elites affiliated with both reformist and fundamentalist factions in the Islamic Republic. Both groups mentioned "inefficiency" as one of the most important crises in the country that might trigger widespread demonstrations. Other causes cited included unfulfilled promises by officials, unemployment, ineffective problem-solving, declining public hope, high government rents, sanctions, disputes and corruption.

In this study, "social restraint" was defined as the people's refusal to engage in orderly protest in favor of chaos and disorder. The erosion of people’s patience, the article stated, in turn increased the likelihood of demonstrations and street riots. In turn, they said, if street protests became sufficiently widespread, the "structure" and "behavior" of the system would change and the disintegration of the country could become a serious possibility. They also warned it could cause a "reduction of social capital", a "lack of trust in officials", the "avoidance of simple living", and "inefficiency" and "secrecy" in people’s behavior.

After enumerating the dangers of continued protests, the study’s authors made a series of recommendations to the authorities of the Islamic Republic to prevent future street protests. The first and most pivotal was that the system show, to a great extent, that it is “serious” about fighting corruption.

The study also recommends reorganizing “dysfunctional” structures and institutions, and suggests that Iranian officials allow "appropriate context and space for the realization of new discourses in society". These recommendations are presented in the form of three strategies, "preparedness", "counteraction" and "reconstruction", which indicate that the authors perhaps do not feel a sense of urgency about implementing them.

Meanwhile the quarterly journal Security Horizons, from Imam Hossein University, also recently published a study that attempted to examine ways of controlling social actions that "target the values and norms of the Islamic Republic”.

Fire breaks out at Iran's Shahreza