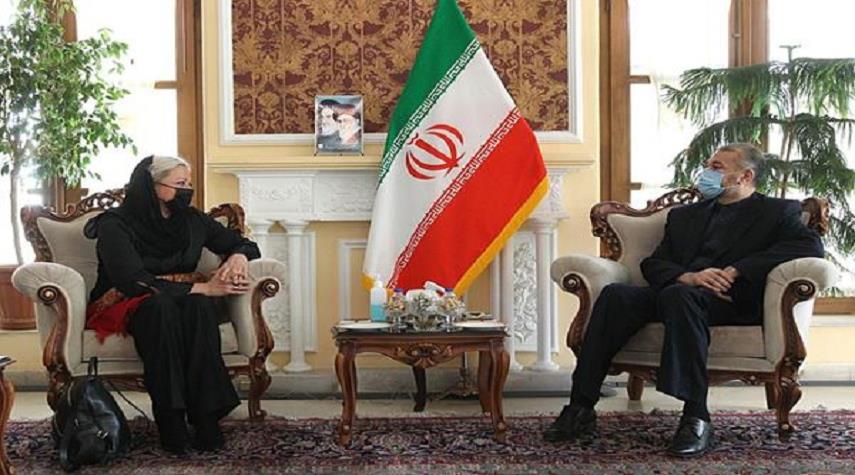 Raisi was sworn into office on Aug. 5 with the Islamic Republic's clerical rulers facing growing crises at home and abroad.

Presenting his cabinet to parliament for an expected vote of confidence, Raisi chose the anti-Western diplomat Hossein Amirabdollahian as foreign minister and Javad Owji, an ex-deputy oil minister and managing director of the state-run gas company, as oil minister.

"Amirabdollahian is a hardline diplomat ... If the foreign ministry remains in charge of Iran's nuclear dossier, then obviously Tehran will adopt a very tough line in the talks," said an Iranian nuclear negotiator who asked not to be named.

Amirabdollahian is believed to have close ties with Iran's elite Revolutionary Guards, Lebanon's powerful Hezbollah movement, and other Iranian proxies around the Middle East.

"Raisi's choice shows that he gives importance to regional issues in his foreign policy," a former Iranian official said to Reuters.

A former ambassador to Bahrain, Amirabdollahian was deputy foreign minister for Arab and African affairs between 2011 and 2016. He was deputy chief of mission at Iran's embassy in Baghdad from 1997-2001.

Iran's hardliner-dominated parliament is not expected to challenge Raisi's picks for sensitive ministries such as foreign affairs and oil, as presidents only select them with the approval of Khamenei.

The powers of the elected president are limited in Iran by those of the supreme leader, who is the commander-in-chief of the armed forces, appoints the head of the judiciary, and decides major policies of the Islamic Republic. Reuters stated.

While he did not nominate any woman for the cabinet, Raisi nominated several commanders of the Guards as ministers, including the former defense minister and commander of Iran's Quds Force, Ahmad Vahidi, as his interior minister.