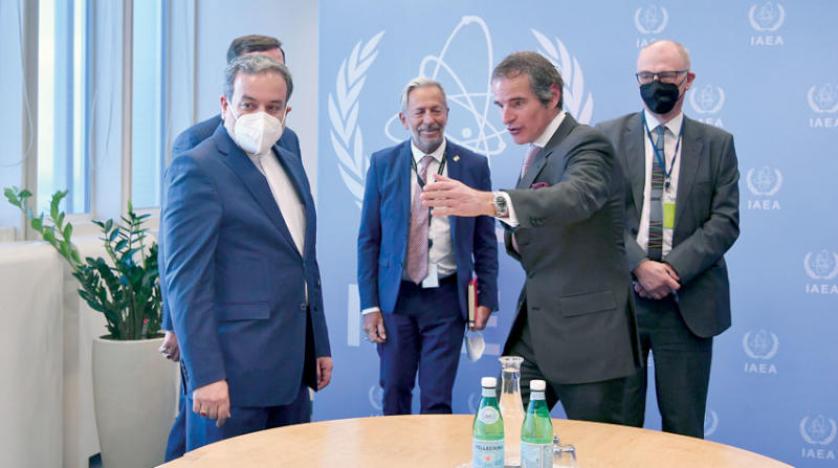 Shafaq News/ Permanent Representative of the Russian Federation to the international organizations in Vienna confirmed on Thursday that the fifth round of the Vienna talks did not become final.

“Unfortunately the fifth round of the Vienna talks did not become final as the negotiators hoped. Experience tells us that during such complicated negotiations exact forecasts are not possible. However the view of Mr. Araghchi seems to be realistic judging by the progress achieved.” Ulyanov said.

For his part, Abbas Araghchi, Iran's lead negotiator in Vienna talks said, “The next round of the talks in Vienna, logically, could and should be the final round”, adding “we decided to have a week for break and consultations”.

Meanwhile, The European Union envoy coordinating talks on reviving the Iran nuclear deal said on Wednesday he believed a deal would be struck at the next round of talks starting next week, but other senior diplomats said “the most difficult decisions lie ahead.”

"I am sure that the next round will be the one in which we will finally get a deal," Enrique Mora, chief coordinator of the talks, told reporters as the fifth round of indirect U.S.-Iranian negotiations wrapped up on Wednesday.

Such a schedule would leave only eight days to reach a pact before Iran's June 18 presidential election, which is likely to usher in a hardline president. Some delegates said that while a deal is possible by then, that timeline appears increasingly unlikely.