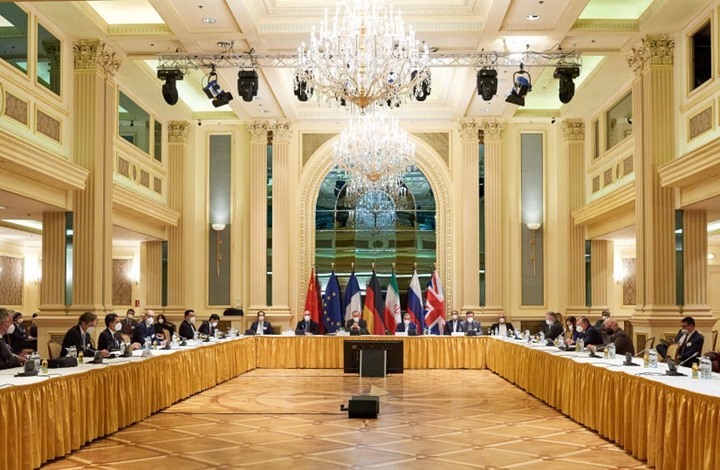 Iran and global powers resumed talks earlier today, Thursday, to salvage the 2015 nuclear deal in an effort potentially complicated by Tehran's decision to ramp up uranium enrichment and the Israeli sabotage at Natanz nuclear site.

"The member countries of the JCPAO must unanimously condemn and without any political reservations against this act that represents nuclear terrorism and a  flagrant violation of national law."

"The Iranian negotiating team does not seek attrition and stalling. The negotiations must take place within a specified framework and timeline."

Casting a shadow over the Vienna talks, Tehran on Tuesday announced its decision to enrich uranium at 60% purity, a big step closer to the 90% that is weapons-grade material, in response to an explosion at its key Natanz facility on Sunday.

Araghchi commented, "this right is being practiced within the rights of the Islamic Republic in accordance with Articles 26 and 36 of JCPAO. This step aims at meeting the country's medical needs."