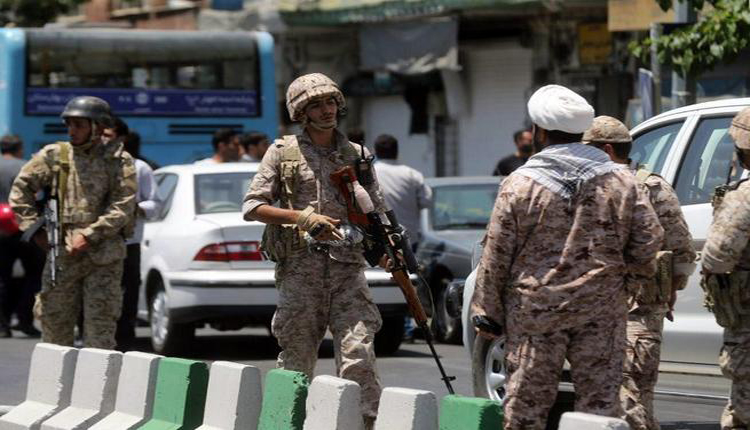 Shafaq News / Iran’s Intelligence Ministry says it has arrested 10 armed members of a Kurdish separatist group in northwestern parts of the country, calling them part of “a terrorist network.”

In a statement on Wednesday, the ministry claimed they had plans to attack Iran’s vital economic centers and facilities.

The group was comprised of several cells with various missions to destroy vital facilities of the country, to create roadblocks and extort money from the people, especially successful local entrepreneurs, the ministry claimed.

Describing the report as "fake news," Kaveh Bahrami, the head of armed wing of Democratic Party of Iranian Kurdistan called it an attempt to justify an “atmosphere of pressure, threats and more executions".

The network had entered the country through the border areas of West Azarbaijan province with the support of terrorist groups in the Kurdistan region of Iraq, read the statement, adding that advanced communication technology and weapons, including various types of guns, rocket-propelled grenades, hand grenades, explosives and ammunition have been discovered and confiscated from the group.

A Kurdish rights group said on July 8 that at least four servicemen of Iran’s Revolutionary Guard were killed in clashes with fighters of the Kurdistan Workers' Party in the province.

The Islamic Republic calls the Kurdish armed groups in the western provinces of Iran, "terrorist groups" or "anti-revolutionary" but these groups say that the goal of their armed campaign is "defending the rights of the Kurds".

Generally, the Kurdish parties − including Komala and the Kurdistan Democratic Party of Iran (KDPI) − favor Kurdish autonomy within a federal Iran. Pejak (the Free Life Party of Kurdistan), an affiliate of the Kurdistan Workers Party (PKK), formed in Turkey but also based in northern Iraq, has generally favored a unified, independent Kurdistan uniting Kurds in Syria, Iraq, Turkey, and Iran.

Iran shows off underground drone base, but not its location -state media