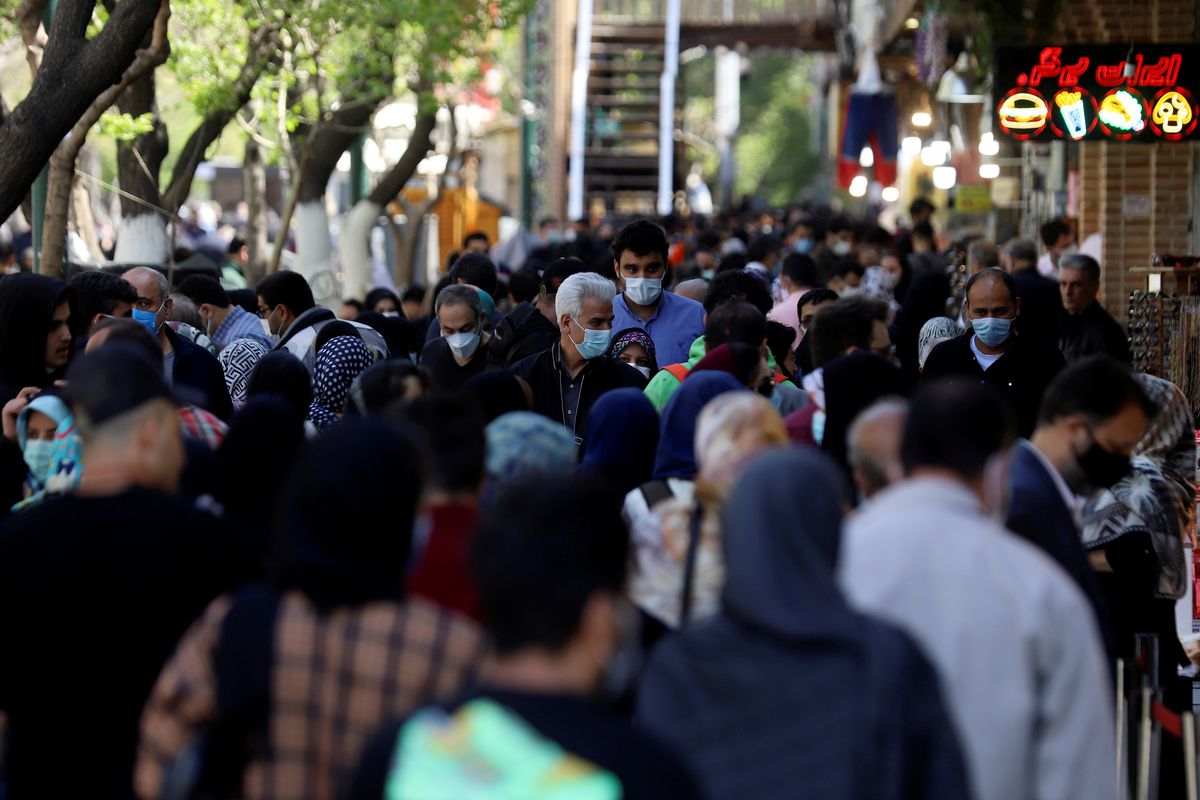 Shafaq News/ Iran is bracing for another wave of COVID-19 infections as the highly contagious Delta variant of the coronavirus is spreading through the country’s southern and southeastern provinces.

Expressing alarm on Saturday, President Hassan Rouhani noted that adherence to health protocols such as using masks and physical distancing had declined.

“If we’re not careful enough, there is concern that the country will face a fifth wave,” he said during a televised session of the anti-coronavirus task force.

Official figures show that the pandemic has so far killed close to 85,000 people in Iran, the worst-hit country in the Middle East. At least 3.23m cases have been registered in the country of more than 83 million people.

According to the latest update by the health ministry, 92 counties in roughly half of the country’s 32 provinces, including Tehran, are now classified as “red” on a colour-coded scale denoting the severity of outbreaks.

Sistan and Baluchestan, Iran’s second-largest province bordering Pakistan and Afghanistan, is registering about 1,200 cases and 20 deaths a day, which roughly equals numbers registered for the whole of Pakistan, a country of more than 220 million.

To counter the deteriorating situation, a travel ban has been imposed to and from 266 cities classified “red” and “orange” and a restriction on the movement of vehicles is in effect in all cities from 10pm to 3am.

In the capital, Tehran, which has a population of more than 12 million during the day when commuters also enter from nearby areas, 70 percent of workers are slated to work remotely from Saturday. Essential workers will operate physically at half capacity.

In his address, Rouhani said last month’s polls – the presidential vote on June 18 and especially the city and village elections that followed it – had an effect on the rising number of cases. The outgoing president, who is due to be succeeded next month by Ebrahim Raisi, also cited summer travels as another factor.

Despite the mounting concerns, countrywide university entry exams involving more than 1.3 million students began on Wednesday and lasted through Saturday.

The fears over the new wave come as Iran’s vaccination drive continues to lag.

The health ministry said as of Friday, nearly 4.5 million people had received at least one dose of a vaccine against COVID-19, which equals roughly five percent of the total population.

The shots administered so far have come from Russia, China, India, Cuba and COVAX, an international scheme designed to boost the distribution of vaccines to low-income nations.

But repeated delays in importing jabs have resulted in weeks-long gaps in vaccination efforts.

Many videos have circulated on social media depicting hours-long queues and elderly and vulnerable people crammed in vaccination centres that leave no room for physical distancing.

Rouhani also acknowledged the issue on Saturday, but promised that the situation would improve in the coming weeks with the expected arrival of more vaccines.

But with the United States sanctions causing money-transfer issues for vaccine purchasing, in addition to hitting Iran’s economy, the country is mostly banking on its locally developed products.

Two local vaccines have received emergency use authorisations while several others are undergoing various stages of human trials and are expected to be administered to the masses in the coming months.

Meanwhile, the head of Setad, the organisation under Supreme Leader Ali Hosseini Khamenei in charge of developing COVIran Barekat, the first locally developed vaccine, said 2.7 million doses have been produced and 400,000 jabs have been delivered to the health ministry.

Mohammad Mokhber also said 50 million doses will be manufactured by the end of September.

Authorities have said they expect to inoculate most of the population by the end of the current Iranian calendar year in March 2022.