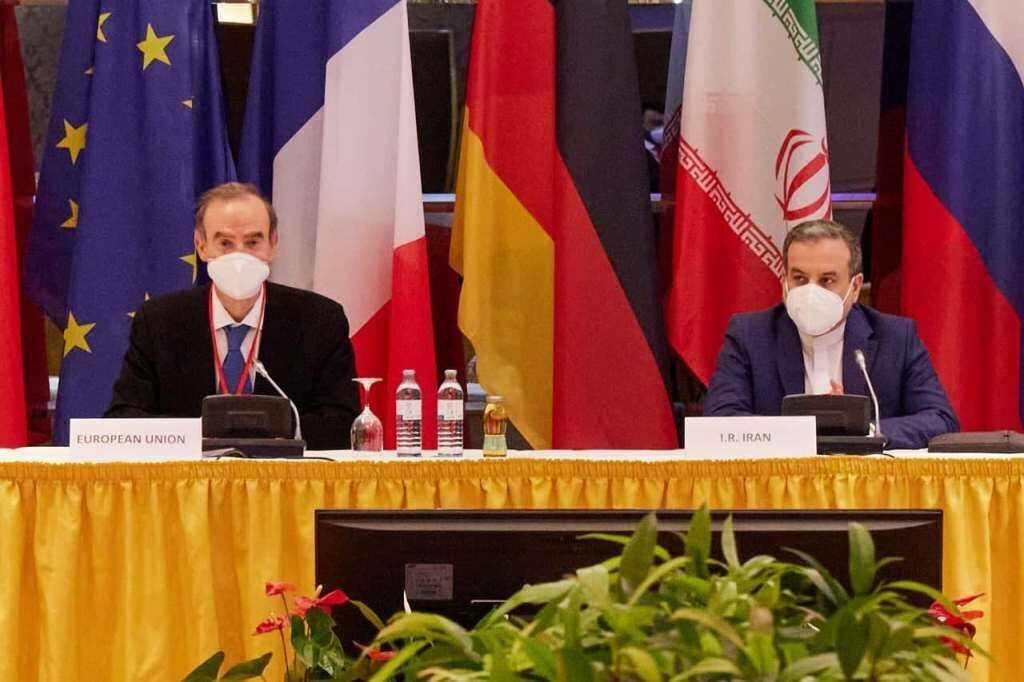 Shafaq News/ High-ranking diplomats from China, Germany, France, Russia and Britain made progress at talks Saturday focused on bringing the United States back into their landmark nuclear deal with Iran, but said they need more work and time to bring about a future agreement.

After the meeting, Russia’s top representative, Mikhail Ulyanov tweeted that members of the Joint Comprehensive Plan of Action, or JCPOA, “noted today the indisputable progress made at the Vienna talks on restoration of the nuclear deal.”

“The Joint Commission will reconvene at the end of the next week,” Ulyanov wrote. “In the meantime, experts will continue to draft elements of future agreement.”

“It’s too early to be excited, but we have reasons for cautious and growing optimism,” he added. “There is no deadline, but participants aim at successful completion of the talks in approximately 3 weeks,” adding the talks would reconvene on Friday.

For his part, Abbas Araghchi, Iran’s deputy foreign minister who participated in the Vienna talks said to Iranian State TV, “I can say that now our discussions have reached a maturity, both in the disputed topics and in the sections that we are agreed on…Although we cannot yet fully predict when and how we will be able to reach an agreement, it is moving forward, although slowly.”

Iran and the U.S. have “an agreement in place” regarding many of Washington’s sanctions on Iranian individuals and sectors, the Islamic Republic’s Deputy Foreign Minister said.

Speaking to reporters on the sidelines of talks involving world powers in Vienna, Araghchi said a consensus had been reached over lifting sanctions that cover Iran’s energy, autos, financial and ports sectors and negotiations on remaining penalties on individuals were “ongoing”.

“Talks have reached a level of maturity, in terms of both contentious issues as well as points over which there’s agreement,” Araghchi said, according to Fars.

The Vienna talks began in early April and have included several rounds of high-level discussions. Expert groups also have been working on how to resolve the issues around the American sanctions and Iranian compliance, as well as the “possible sequencing” of the U.S. return.

Inside a U.S. Navy Maritime Drone Operation Aimed at Iran