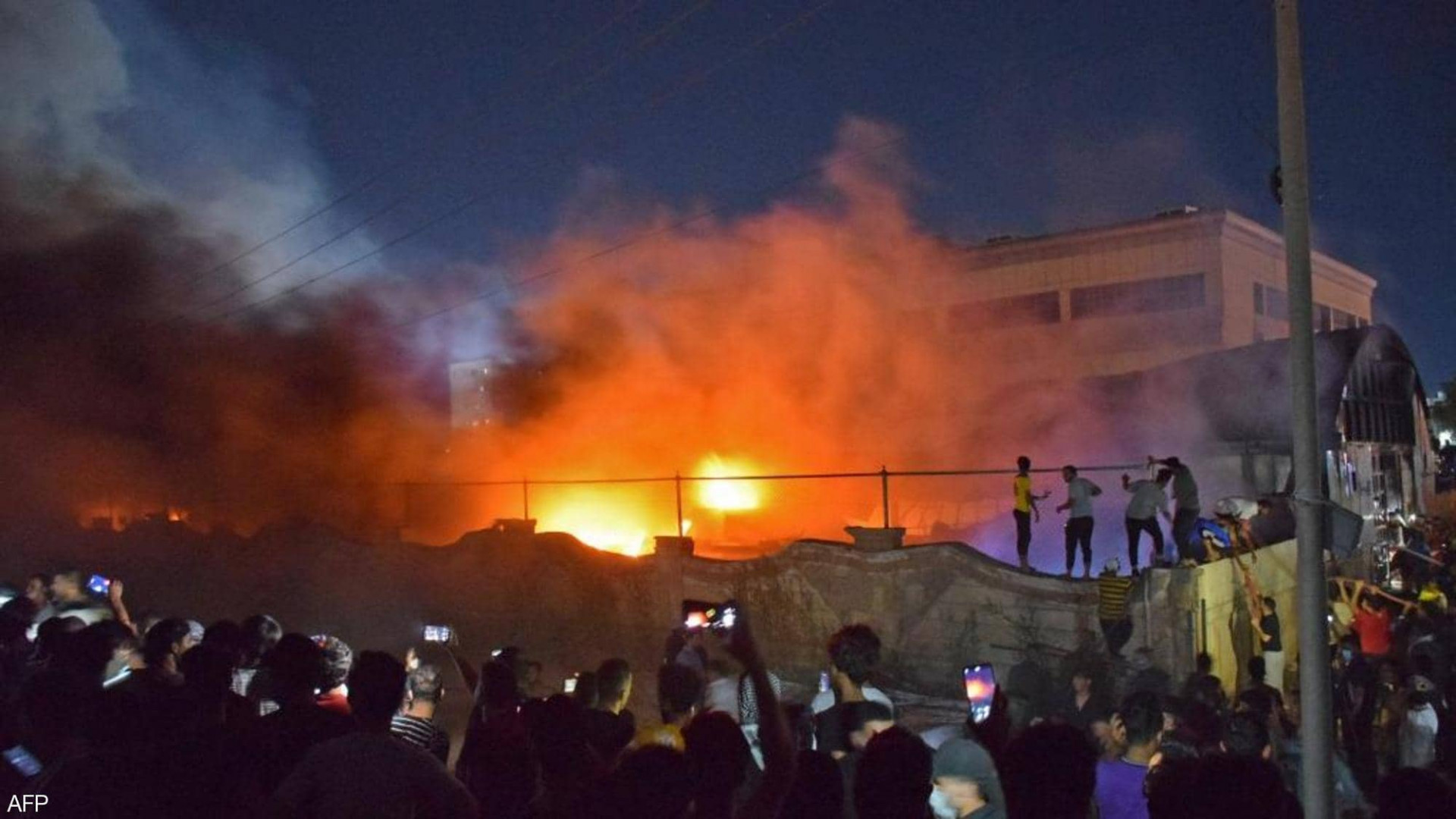 Shafaq News / Iranian authorities appear to have used excessive force against demonstrators in southwestern Iran protesting lack of access to water, Human Rights Watch said today. The authorities should transparently investigate the reported deaths of at least three protesters and hold those responsible to account. The government should also urgently address longstanding grievances on access to water in the country.

Since July 15, 2021, people in dozens of towns and cities in Khuzestan province, which has a large ethnic Arab population, have taken to the streets every evening to protest difficulties with accessing water in the area. In interviews with state-affiliated outlets, families reported the deaths of two men during the protests, while videos shared on social media show security officials using firearms nd teargas and shooting toward protesters. On July 21, the Islamic Republic News Agency (IRIB) reported that a third protester in the city of Izeh and a police officer in Taleghani city were killed. Unconfirmed reports indicate that the number of deaths and injuries may be higher.

There are longstanding concerns across Iran, and Khuzestan in particular, over mismanagement of water resources and pollution from oil development. For decades environmental experts have warned that development projects in oil-rich Khuzestan, including the construction of hydroelectric dams, irrigation schemes, and water transfers to neighboring provinces are causing environmental harm and leading to water shortages affecting a range of rights.

On July 16, Omid Sabripour, the acting governor of Shadegan city, told Hamshahri newspaper that “rioters” had shot a young man during the protests, killing him. His family said the victim was Mostafa Naeemavi,30. Family members of Ghasem Nasseri (also Ghasem Khozeiri) told Fars News Agency that he was fatally shot while returning from work.

Mojtaba Youssefi, a member of parliament from the city of Ahvaz, told the Asr-e-Iran news website that 702 villages in Khuzestan province lack drinking water. He added that in the southern and northern parts of the province, “their livestock are dying” for lack of water and “agriculture is a dream for [the] local population.” The Arman Melli newspaper reported that 660 villages in the area do not have tap water and that tankers are used to deliver water to all the villages in the area.

Videos shared on social media show the body of a man identified as Mohammad Abdollahi being carried by protesters during protests in Izeh. ILNA news reported that Hassan Nabovatim, the acting governor of Izeh, denied reports that three protesters had been killed during the protests there, but acknowledged that one person died from injuries and said that 14 police officers were injured. Fereydoon Bandari, the acting governor of Mahshar port, told Fars News Agency that two police officers were shot from the roof of a building in the town of Taleghani and that one of them was killed.

Taghi Rahmani, the husband of a prominent human rights defender, Narges Mohammadi, tweeted that authorities in Tehran on July 20 briefly detained Mohammadi and several other human rights defenders including Arash Sadeghi, Arash Keykhosravi, and Jafar Azimzadeh who had gathered in front of the Interior Ministry in support of the Khuzestan protests. Rahmani said that police beat the protesters during the arrest.

Under the United Nations Basic Principles on the Use of Force and Firearms by Law Enforcement Officials, police may use force only when strictly necessary and to the extent required to achieve a legitimate policing objective. The deliberate use of lethal force is permissible only when it is strictly necessary to protect life, and warnings should be given when possible. The authorities should promptly report and investigate all incidents of law enforcement officials killing or wounding people with firearms through an independent administrative or prosecutorial process.

The UN Human Rights Committee stated in its General Comment No. 37 that “[f]irearms are not an appropriate tool for the policing of assemblies, and must never be used simply to disperse an assembly.… [A]ny use of firearms by law enforcement officials in the context of assemblies must be limited to targeted individuals in circumstances in which it is strictly necessary to confront an imminent threat of death or serious injury.”

Several users and Iranian reporters have reported trouble with internet access in the area. Over the past three years, authorities have frequently restricted access to information during protests.

Internet shutdowns violate multiple rights, including the rights to freedom of expression and access to information and the rights to peaceful assembly and association. Under international human rights law, Iran has an obligation. to ensure that internet-based restrictions are provided by law and are a necessary and proportionate response to a specific security concern. Officials should not use broad, indiscriminate shutdowns to curtail the flow of information nor to harm people’s ability to freely assemble and express political views.

Climate change is expected to exacerbate the threats to Khuzestan’s water resources. Especially hot and dry weather in Khuzestan this summer has led to increased droughts and power outages and most likely to more sand and dust storms, all of which magnify the impact of the government’s mismanagement of water resources.

The right to water entitles everyone, without discrimination, “to have access to sufficient, safe, acceptable, physically accessible and affordable water for personal and domestic use.” The UN Committee on Economic, Social and Cultural Rights, in its General Comment No. 15 on the right to water, stated that a “violation of the obligation to fulfill” the right to water can occur when there is “insufficient expenditure or misallocation of public resources which results in the non-enjoyment of the right to health by individuals or groups.”

The UN special rapporteur on the rights to water and sanitation stated in a 2014 report that violations of the right to water may result from action or may be the result of the unintended consequences of policies, programs and other measures as well.

“Instead of repressing the protests, the Iranian authorities should acknowledge the severity of the water crisis and commit to addressing it urgently at the national level,” Sepehri Far said.