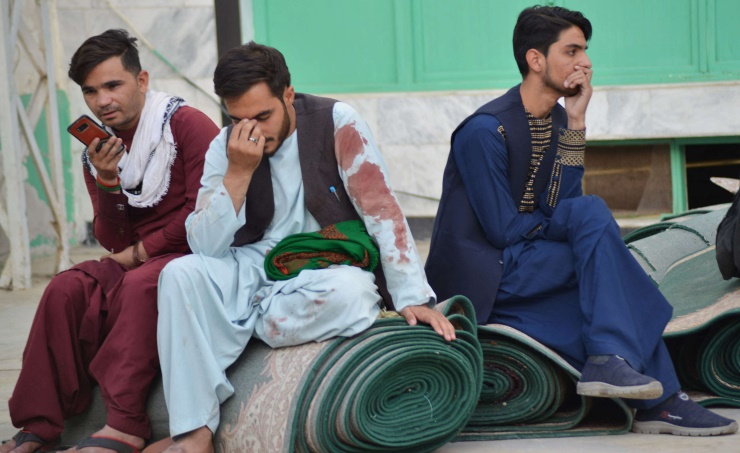 Shafaq News/ ISIS on Saturday claimed responsibility for a suicide bomb attack on a Shiite mosque in the southern Afghan city of Kandahar that killed at least 41 people and injured scores more.

The Friday assault came just a week after another ISIS-claimed attack on Shiite worshippers at a mosque in the northern city of Kunduz that killed more than 60 people.

In a statement released on its Telegram channels, the group said two ISIS-Khorasan suicide bombers carried out separate attacks on different parts of the mosque in Kandahar -- the spiritual heartland of the Taliban -- while worshippers prayed inside.

In the wake of the explosions, Kandahar police chief Maulvi Mehmood said "a brutal attack has been witnessed on a Shiite mosque as a result of which a huge number of our countrymen have lost their lives".

In a video statement, Mehmood said security for the mosque had been provided by guards from the Shiite community but that henceforth the Taliban would take charge of its protection.

Hafiz Abdulhai Abbas, director of health for Kandahar, told AFP 41 people had been killed about 70 wounded, according to hospital information.

At least 15 ambulances were seen rushing to and from the scene, as Taliban security cordoned off the area.

Eyewitnesses spoke of gunfire alongside the explosions, and a security guard assigned to protect the mosque said three of his comrades had been shot as the bombers fought their way in.

Sayed Rohullah told AFP: "It was the Friday prayer time, and when we were preparing I heard shots. Two people had entered the mosque.

Other bombs were detonated in crowded areas outside the main building, he and other witnesses said.