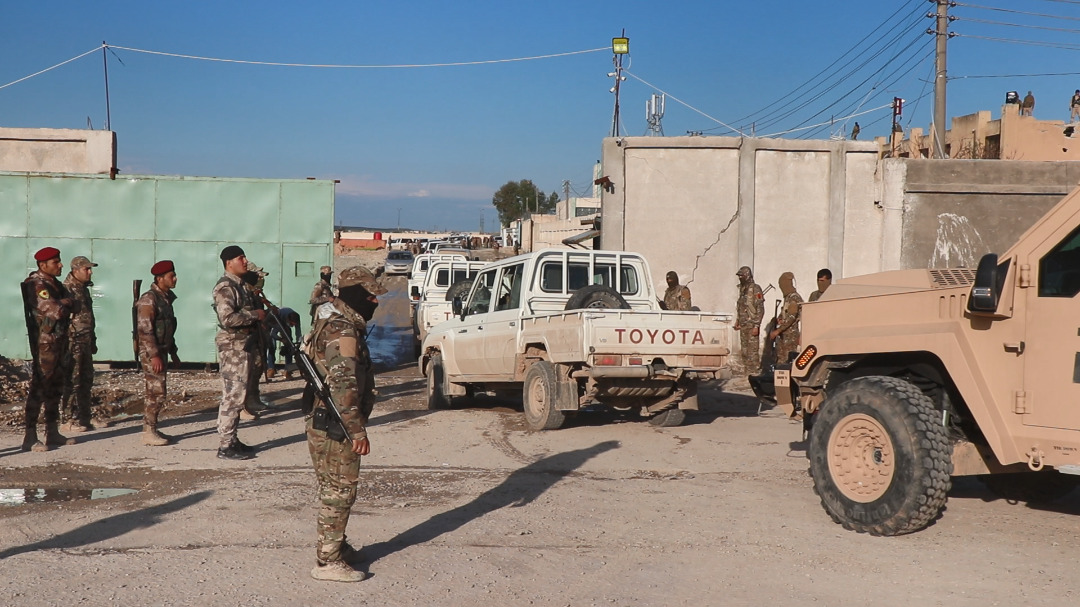 Shafaq News/ Fears are growing over the fate of hundreds of children believed to be held by ISIS militants inside a besieged prison in northeast Syria.

“Intensifying violence in the city of Al Hasakah, related to the “Ghwayran” prison break attempt last Thursday, has put at serious risk the safety of nearly 850 children who are in detention.” The UNICEF said.

“As fighting continues, the risk for children increases, including to be harmed or forcibly recruited. Violence might also spread to other prisons, inside the camps and local communities.” The UN children's charity added.

“We call for the release of children from prison. Detention of children should only be a measure of last resort and for the shortest time possible.” It said.

According to UNICEF, nearly 10,000 children and their mothers are in detention centers or the Al-Hol and Roj camps in northeastern Syria. They come from more than 60 countries and are struggling to survive amid increasingly dire conditions and the harsh winter. All of them are critically vulnerable and in urgent need of protection.

UNICEF calls on all parties in the northeast and elsewhere in Syria to keep children out of harm’s way and protect them.

“We call once again on all member states involved to take urgent action and responsibility in the best interests of children and bring them and their mothers back to their country of origin.” The Organization said.

The Ghwayran Prison housed about 3,500 suspected ISIS members including some of its leaders, according to the SOHR.

Hundreds of terrorists who broke out following the ISIS attack have been recaptured, but some are still on the run, it said.