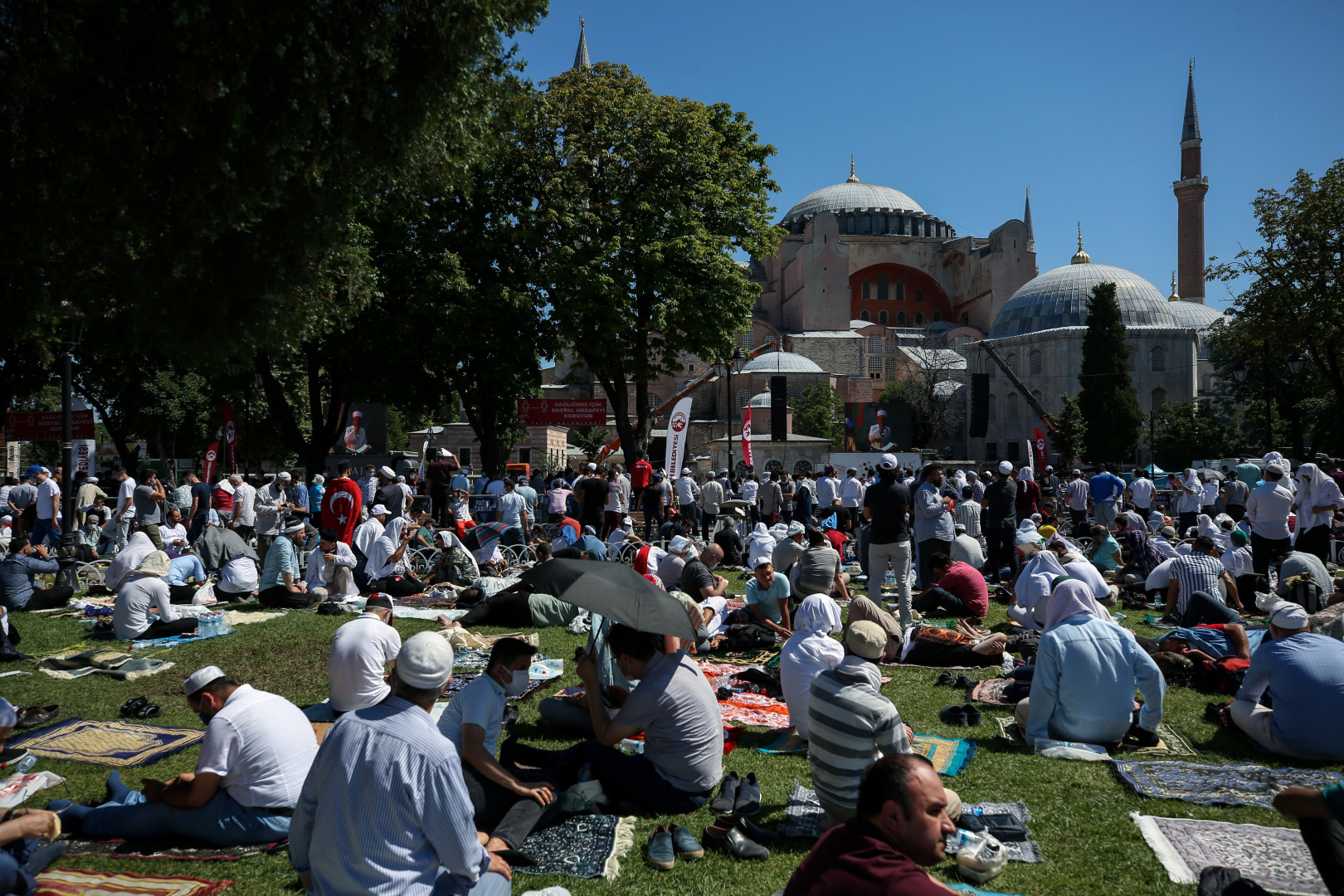 The UNESCO World Heritage Site was built as a cathedral during the reign of Byzantine emperor Justinian I in 537 but converted into a mosque after the Ottoman conquest of Constantinople in 1453.

Critics accuse President Recep Tayyip Erdogan, who has been serving as President of Turkey for 17 years, of playing to his nationalistic base, with support eroding amid a global economic collapse caused by COVID-19.