HDP's former deputy to remain in prison despite release order 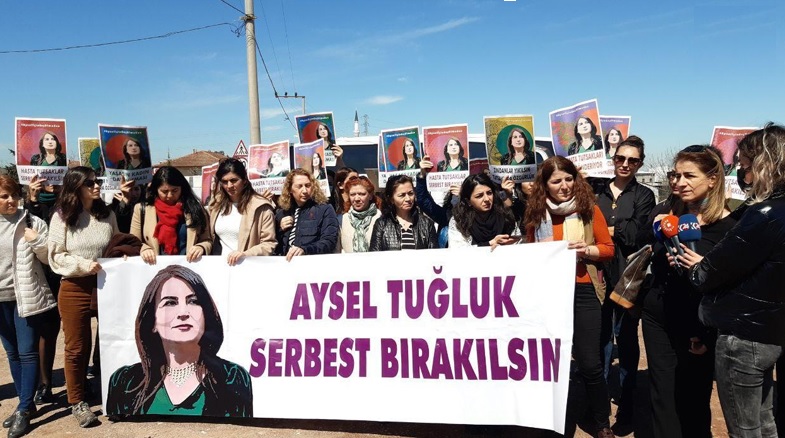 Shafaq News/ On Saturday, a Turkish court ordered the release of the former Kurdish Peoples' Democratic Party (HDP) deputy Aysel Tuğluk due to a health condition.

The eighth session of the 15th hearing of the Kobanî trial, where 108 Peoples' Democratic Party (HDP) face life sentences over the deadly Kobanî protests in 2014, was held yesterday (August 5) at the Sincan Prison Complex in Ankara, the capital.

Turkish media said Tuğluk, the Democratic Society Party (DTP) co-chair, was imprisoned due to an accusation in the Kobani case. Still, the court decided to release her because she suffers from "dementia."

However, Tuğluk will also continue to stay in prison due to her prison sentence in another case.

The Ankara 17th Heavy Penal Court in March 2018 sentenced Tuğluk to 10 years in prison for "managing an illegal organization." The Court of Cassation, the top appeals court, upheld the verdict in February 2020.

Last December, 68 organizations of women's affairs called the Turkish authorities to release the former deputy immediately for her dementia.

The deteriorated health condition of Kurdish politician Aysel Tuğluk, saying that she should be released immediately.