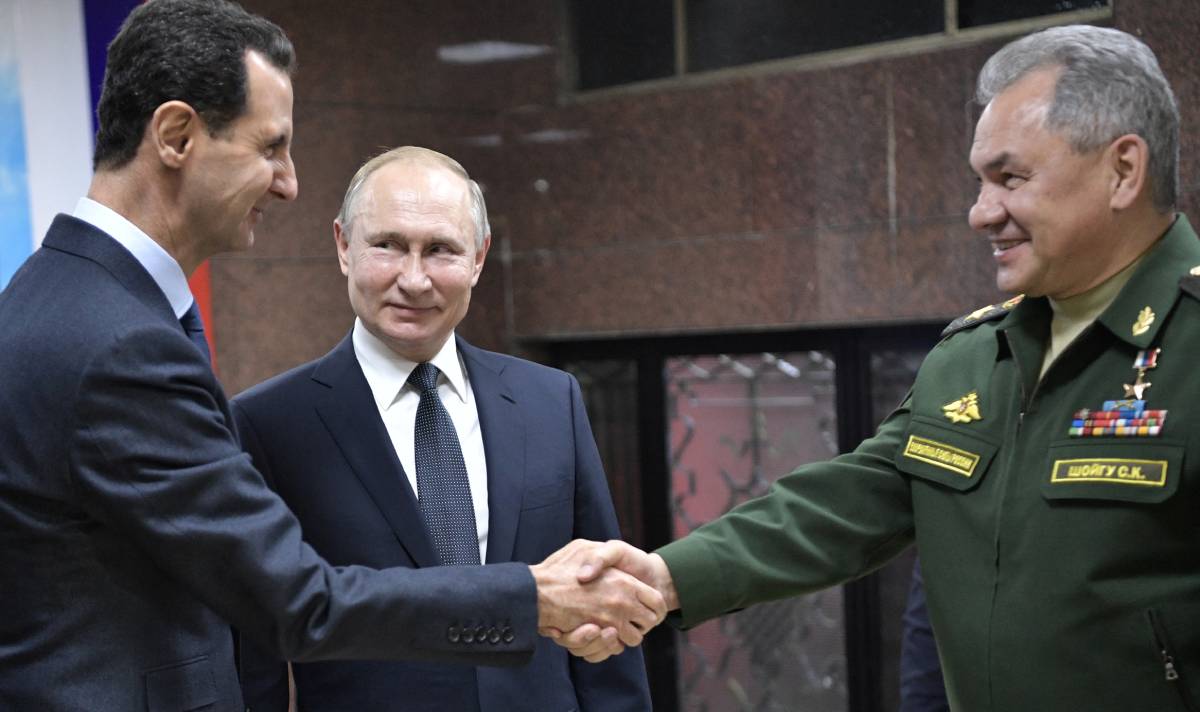 Shafaq News/ Syrian troops could be deployed to reinforce the Russian frontlines in Ukraine in a large state-backed recruitment campaign, British "the Guardian" said.

Ukrainian military intelligence, echoing a claim by the Syrian Observatory for Human Rights, believes 40,000 Syrians have signed up to fight, a figure that would represent a sizeable chunk of the battle-ready capacity of the country’s entire military.

"In the economic wasteland of post-war Syria, the best – and maybe only – state-backed job on offer is one that those who sign on for might not come home from. The vast majority of newly enlisted Syrian mercenaries are trading in salaries of $15 a month for monthly deals worth between $600 and $3,000," the Guardian said, "Rank and experience in the gruelling decade of insurrection attracts the higher dollars, but even the basic salary is luring recruits who have few ways out of overwhelming poverty."

"Syrians have shown a readiness to sign up at least 14 recruitment centres across the country, in Aleppo, Damascus, Deir Azzour, Homs and Hama, as well as Raqqa, which less than five years ago was at the centre of the war against Islamic State."

“They have been arriving in the dozens to the regime base in Raqqa,” said a Kurdish fighter with the Syrian Democratic Forces in north-east Syria. “We can see them turn up. The Russians have also asked [Kurdish groups] to join them, but I don’t know of anyone who has done so yet.”

In western Syria, some of the regime’s most prestigious units claim to have signed up thousands from their ranks. The Fifth Division, which was trained by Moscow, the 4th Division, which is loyal to Assad’s brother, Maher, and the Tiger Forces, which played prominent roles in the war, are all central to the recruitment push, which will seriously stretch their ranks.

Ukrainian officials say the Syrian force will fly from the Khmeimim base on daily military transport flights. Militia groups that had fought alongside them are also joining the recruitment drive, with Palestinians, National Defence Front troops, the Ba’ath party and even some members of Shiite militia groups that fought in Syria under Iran’s auspices joining in.

Pro-regime militia groups have been trained and backed by Russian units since late 2015, when Putin formally intervened to save Assad. At that point, the Iranian general Qassem Suleimani had convinced Putin that Assad was only weeks away from losing the Alawite heartland of western Syria to opposition groups who had decimated his armoured units with precision-guided missiles smuggled across the Turkish border by the CIA.