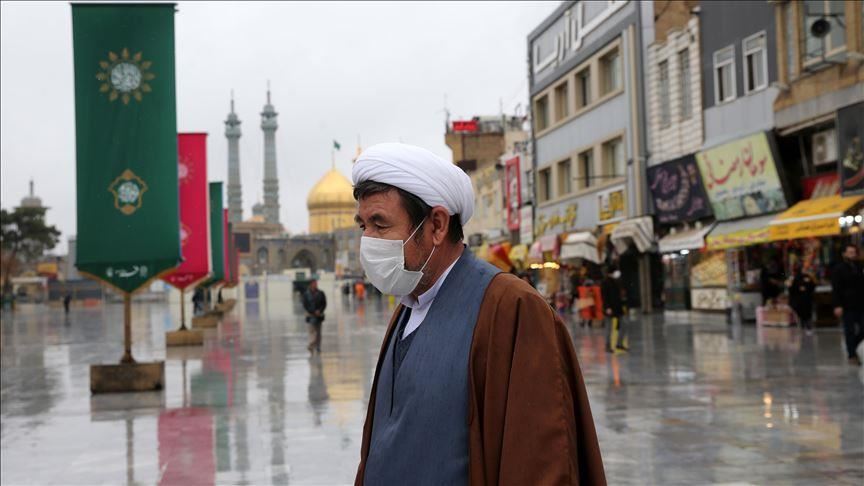 Shafaq news/the foreign Policy magazine said that COVID-19 could not have arrived in Iran at a worse time. Within weeks of confirming its first case, infections exploded, briefly turning the country into the epicenter of the world’s coronavirus outbreak at a time when its economy was already reeling from U.S. sanctions.

Iran’s first official cases of the new coronavirus were announced on Feb. 19: two deaths in the holy city of Qom. Alarm bells should have gone off immediately.

as Qom is a hub for international religious tourism. Rather than reacting swiftly, government officials advised Iranians simply not to visit the city. State-run news outlets still instructed Iranians to turn out and vote in elections. And within two weeks, Iran had reported the highest number of deaths from the virus outside of China.

The magazine asked: Why was Iran’s initial outbreak so devastating in scale, severity, and spread?

And it answered with:

The first factor is abysmal government leadership. Iran’s government has been roundly critiqued for politicizing its response to the coronavirus and failing to give decision-making authority to health experts and health care workers.

Days after the virus was confirmed to have arrived in Iran, Supreme Leader Ali Khamenei called reports of the virus “negative propaganda” from foreign media, rather than addressing the health threat. While the virus spread from Qom, Deputy Health Minister Iraj Harirchi dismissed quarantining as a “Stone Age” measure, a day before himself testing positive for the coronavirus. Later, on March 11, Iran’s minister of health was replaced by Rouhani as chair of the national COVID-19 task force—symbolizing the government’s politicization of its coronavirus response.

The second factor exacerbating Iran’s outbreak was inconsistent reporting on the spread of the virus. Early in Iran’s outbreak, health care workers and journalists reported government suppression of information related to the coronavirus.

“Both the judiciary and the Rouhani administration told Iranian journalists working inside the country not to cover the death toll caused by the coronavirus,” a  journalist said.

Third, Iran’s parliamentary election, on Feb. 21, was slated to take place only days after the country confirmed its first case of the coronavirus, and officials continued encouraging Iranians to go vote.

Fourth, the media landscape in Iran is largely restricted to publishing the government’s official narrative, as most outlets are either state-run or heavily censored. The role of a free and independent press during a pandemic is critically important: it helps keep people informed, holds governments accountable, and circulates evidence-based methods for individuals to prevent infection.

During the pandemic, state-run media outlets such as Tasnim, linked to Iran’s hard-liners, have instead published messaging on the coronavirus being a U.S. bioweapon or propaganda to deter voters from parliamentary elections. Meanwhile, independent reporting by Iranian journalists and social media users about the coronavirus has resulted in detention or censorship, according to Reporters Without Borders.

Fifth, U.S. sanctions against Iran have pushed the country into an even deeper economic crisis, and further sanctions during the pandemic forced Iran into choosing between economic preservation and public health. Solvency was prioritized when Iran’s government-affiliated airline continued flying to and from China, Iran’s top oil customer and thus economic lifeline; when the Rouhani administration lifted economic lockdowns, spurring Iran’s second wave; and when Tehran was reluctant to halt cross-border trade.

Finally, U.S. sanctions also have the impact of blocking Iran’s access to the international financial system. In October 2019, Human Rights Watch released a report detailing the outsized impact of sanctions on receipt of humanitarian aid in Iran, especially to health care goods and essential medicines. Despite the U.S. government building exemptions into its sanctions regime, companies and banks often over-comply with regulations because they are broad, complex, and often supported by hostile anti-Iran rhetoric from Washington.

By early May, the government had controlled the virus, albeit at the expense of national GDP, which dropped by 15 percent. So, President Hassan Rouhani prematurely reopened the economy. This move would usher in Iran’s second wave of infections in June

Covid will be with us FOREVER