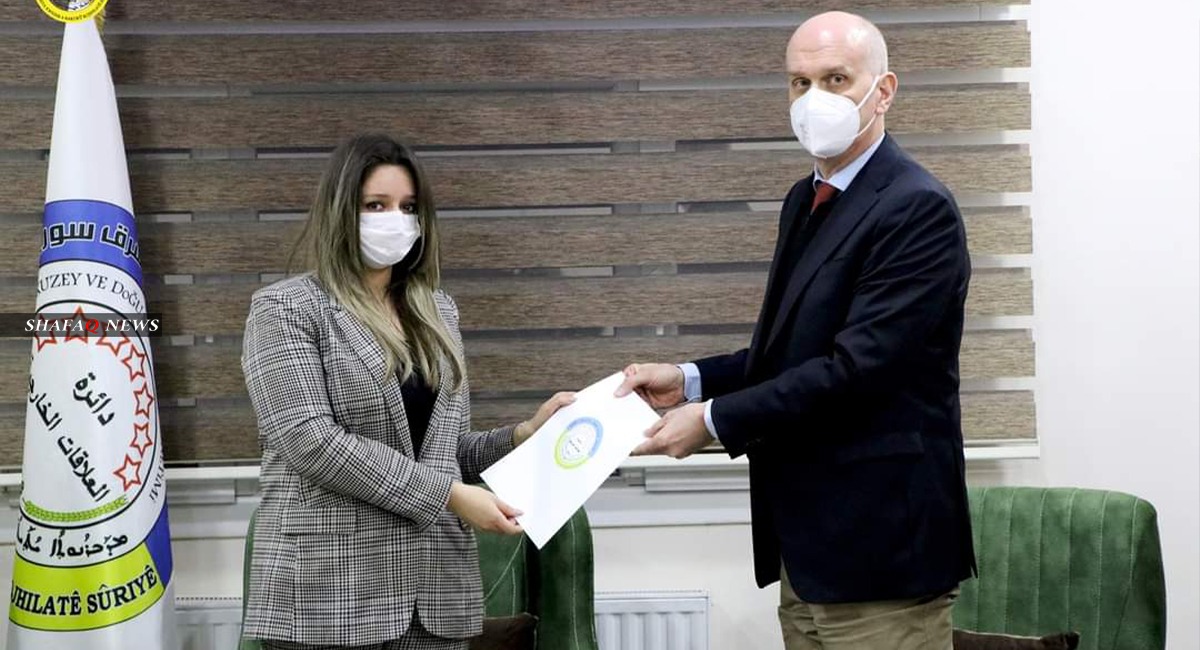 Shafaq News / The Kurdish-led Autonomous Administration of North and East Syria announced, on Sunday, that children and women from ISIS families had been delivered to the governments of Finland and Germany.

The External Relations at the Autonomous Administration said in statements that the German and Finnish delegations arrived in the city of Qamishli this week and discussed the Syrian conditions, and the political files, in addition to the humanitarian and health situation in the camps.

It also handed over a number of children and women of ISIS fighters to the two delegations.

In the same context, an Austrian delegation arrived yesterday, Saturday, including officials from the Green Party and the Christian People's Party.

The two sides discussed many files most notably the role of Austria in supporting the Autonomous administration.