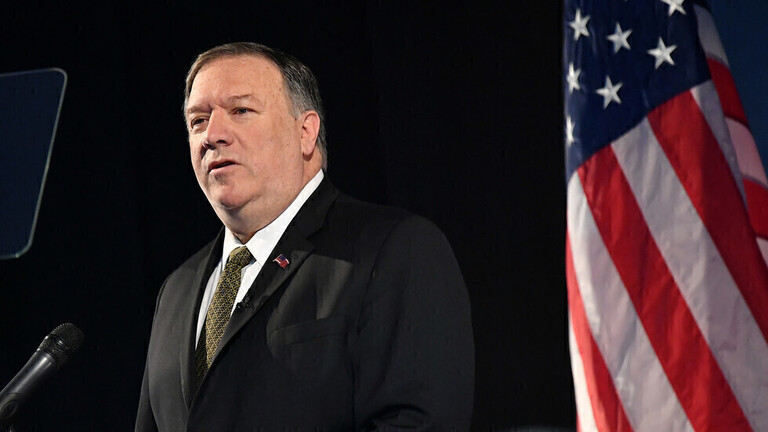 The United States failed on Friday in its bid to extend a U.N. arms embargo on Iran after the move was opposed by Russia and China, while France, Britain, Germany and eight other members abstained.

In earlier statements, Pompeo said that if the embargo was lifted, "Iran would be free to turn into a rogue arms dealer and pump weapons to fuel conflicts from Venezuela to Syria to remote areas in Afghanistan."

In turn, Iranian President Hassan Rouhani said that the United States faced a reprehensible defeat when it tried to extend the arms embargo imposed on his country at the United Nations.

In a vote by the UN Security Council on the US effort on Friday, China and Russia rejected the proposal and 11 countries abstained from voting, including France, Germany and Britain, and only the United States and the Dominican Republic supported the embargo.

"For the first time, the United States submits a draft resolution to the Security Council, and it only gets the support of one country, which is a small island," Rouhani said in a televised speech.

"With the failure of the American draft resolution against Iran in the Security Council, the Islamic Republic of Iran has achieved another great success," he added.

The arms embargo imposed on Iran is set to expire in October under the 2015 nuclear deal between Iran and world powers, which lifted many of the international sanctions imposed on Tehran in exchange for restrictions on its nuclear program. The United States withdrew from the deal in 2018.

Pompeo is hired as a contributor for Fox News

Pompeo to visit Cyprus on Saturday

Pompeo says world should have confidence in smooth U.S. transition