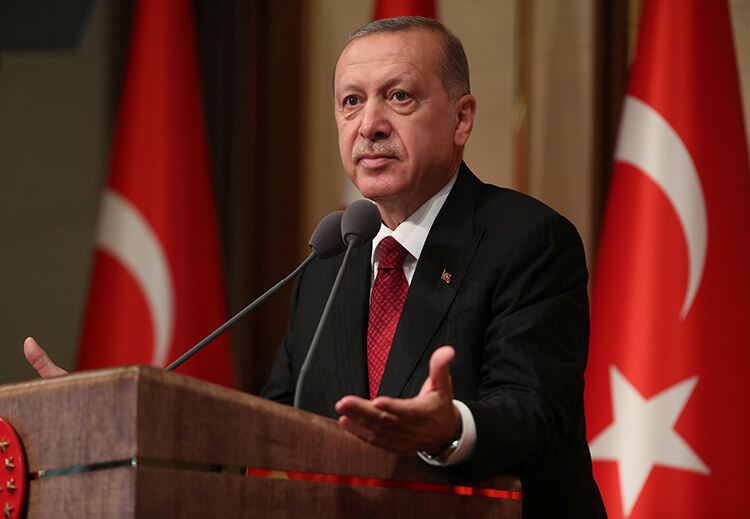 Turkey said on Sunday militants from the outlawed Kurdistan Workers Party (PKK) executed the captives, including military and police personnel, amid a military operation against the group.

The United States said it stood by Turkey and condemned the killings if it was confirmed that responsibility lay with the PKK.

"Now there is a statement made by the United States. It's a joke. Were you not supposed to stand against the PKK, the YPG? You clearly support them and stand behind them," Erdogan told supporters of his AK Party in the Black Sea city of Rize.

"If we are together with you in NATO, if we are to continue our unity, then you will act sincerely towards us. Then, you will stand with us, not with the terrorists," Erdogan said.