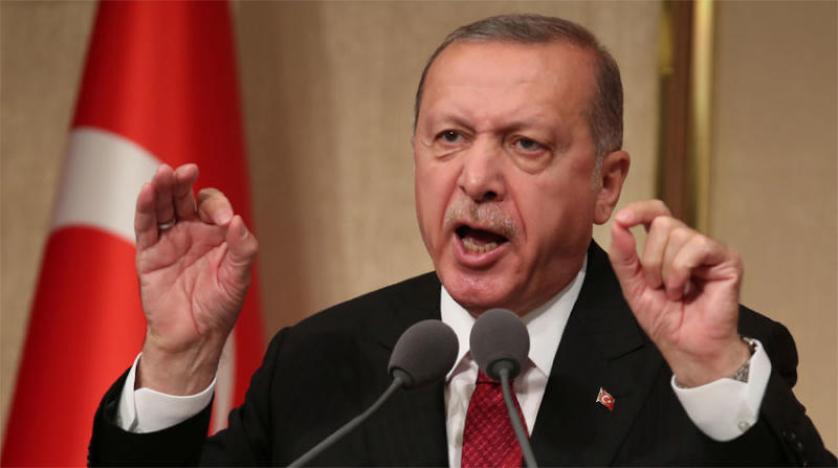 Shafaq News/ The Turkish President, Recep Tayyip Erdogan, expressed discontent with the soaring prices of basic commodities in the domestic market in spite of the Lira's recent reinvigoration.

Turkish media quoted Erdogan saying, "we are not in debt to the International Monetary Fund. There are no talks with them."

"We expect those who raised the prices with the dollar surge to reduce them at the same speed and rate," he said.

"The reserves of Turkey's Central Bank are more than 115 billion dollars," Erdogan added, "they sought many ways to bring Turkey to its knees, so they aimed at our economy."

Erdogan said that the government popped a bubble in the foreign exchange rates by taking steps this week to protect lira deposits against volatility.

Ahead of a meeting with economists and academics, Erdogan also said Turkey economy will enter a much different environment in the summer thanks to the "new economic model" of low interest rates.

Turkey’s lira was on track for its strongest week on record on Friday, having spiked 44% with the support of billions of dollars of state-backed market interventions and a promise that the government would cover FX losses on certain deposits.

The currency had plunged on Monday to an all-time low of 18.4 to the dollar, after a months-long slide due to unorthodox interest rate cuts and fears of an inflationary spiral.

But late on Monday President Tayyip Erdogan unveiled a scheme in which the Treasury and central bank would reimburse losses on converted lira deposits against foreign currencies, sparking the biggest intraday rally ever.

The anti-dollarisation plan set off four straight days of gains as Turks converted some $900 million worth of hard currencies into lira, according to Finance Minister Nureddin Nebati.

The lira got a big boost from what traders and economists called backdoor dollar sales by state banks supported by the central bank.

In the first three days of the week alone, the central bank’s net foreign reserves dropped by $8.5 billion, according to the calculations of three bankers who spoke to Reuters. The drop totalled nearly $18 billion in December, they said.

As of Dec 17, the central bank’s net foreign reserves tumbled to $12.2 billion, from $21.2 billion a week earlier, to levels last hit in May in a reflection of the interventions.