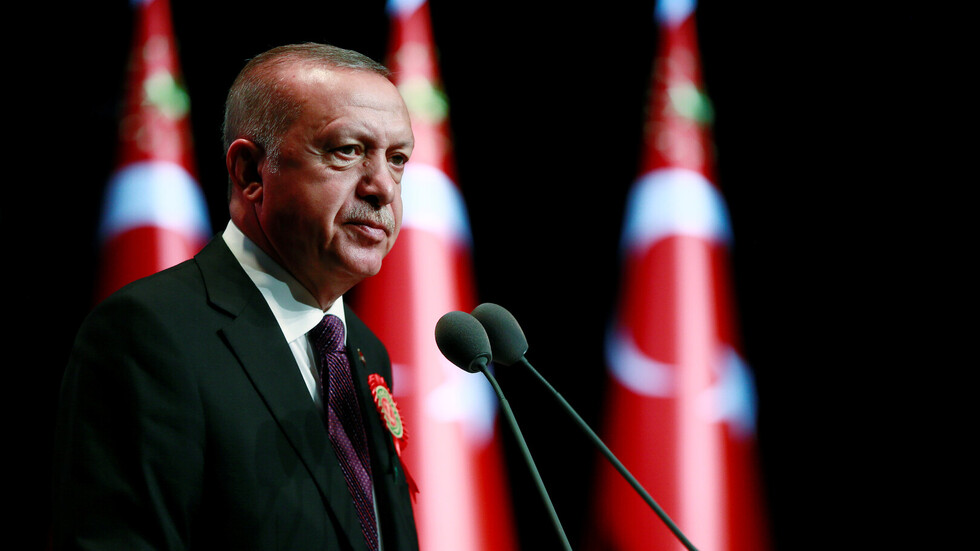 TRT TV quoted the Turkish president as saying that the places affected by the floods in the states of Bartin, Kastamonu, and Sinop are “disaster areas”, and Erdogan called for unity at this “difficult” stage and “not to employ” natural disasters “for political purposes.”

Turkey’s Emergency and Disaster Management said earlier today that the floods that swept through towns in the northern Black Sea region have killed 27 people in the second natural disaster that Turkey has faced this month.

The floods caused chaos in the northern provinces, while the authorities announced that the forest fires that raged in the southern coastal provinces for two weeks are now under control.

The Emergency and Disaster Management said that 25 people died due to the torrential rains in Kastamoni, while two died in Sinop.

The search for a missing person continued in Bartin County.

The floods, as well as the fires that killed eight and killed tens of thousands of acres in the bushes and woods, came the same week that a United Nations climate panel warned that global warming was getting closer to spinning out of control fueled by extreme weather.

The emergency department announced that more than 1,700 people were evacuated from the affected areas with the help of helicopters and boats.

Helicopters landed members of the Coast Guard on the roofs of houses to rescue the stranded, while water flowed in the streets, according to footage published by the Ministry of the Interior.

EU to impose sanctions on Turkey