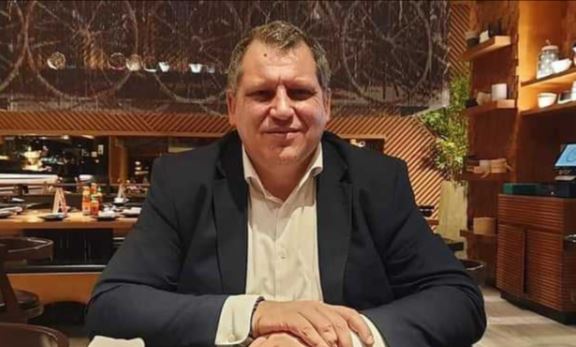 Shafaq News/ High-level diplomatic efforts have been stepped up in a bid to secure the release of Roscommon resident Robert Pether, whose health, his family have warned, is deteriorating in a Baghdad prison.

Mr Pether's wife, Desree, told Prime Time that her husband is frequently dizzy and that he is showing signs of a skin cancer relapse.

The diplomatic efforts come after a United Nations body said the continued detention of Mr Pether, a construction engineer, and his Egyptian colleague Khalid Radwan was arbitrary and demanded the pair's immediate release.

Mr Pether and Mr Radwan were arrested in April 2021 amid a contractual dispute between their Dubai-based employer and the Central Bank of Iraq.

"It was an entrapment designed to lure two individuals who did not even reside in Iraq to Iraq – and thereafter to essentially hold them hostage to some sort of criminal dispute."

In August 2021, they were sentenced to five years in prison and ordered to pay a $12m penalty over allegations that their employer spent funds that should have been paid to others involved in the building of the bank's new headquarters.

The Geneva-based UN Working Group on Arbitrary Detention investigated the case and referred it to the UN Special Rapporteur on torture.

"The working group found no less than 13 separate violations of the Universal Declaration of Human Rights," said Mr Griffin.

He told Prime Time that the UN group’s findings are "an utter vindication of Robert and Khalid’s position".

Mr Griffin is a member of a team of six international human rights lawyers that is working on the case.

The findings also give the diplomatic efforts of the Australian and Egyptian and Irish Governments a new impetus, he said.

"It gives them the ability to have conversations with their Iraqi counterparts that may have been more delicate before the decision came out."

Robert Pether is an Australian citizen but, since he lives in Elphin, Co Roscommon, and his wife, Desree, and their three children, Nala, Oscar and Flynn, are Irish citizens, the Department of Foreign Affairs in Dublin is working to assist them.

Mr Griffin said he could not go into too much detail about what is happening behind the scenes.

However, he commended the diplomatic efforts of Ireland, Australia and Egypt.

"I would say that the family has received great support from Minister [Simon] Coveney and his team," he said.

"The other countries – Australia and Egypt – have been vigorously pursuing every avenue available to them to impress upon their Iraqi colleagues in the diplomatic world that it's never too late to do the right thing."

The right thing, he said, was for the Iraqis to "follow the UN decision that called for the immediate unconditional release of Robert and Khalid".

Since her husband was taken into custody last April, Desree Pether has been working up to 18 hours a day on the campaign to raise awareness about her husband’s case from her home in Elphin.

Ms Pether said that she tells her nine-year-old daughter Nala that the two men have been used as pawns in a game of chess.

"There’s monsters out there that are real –and it's a story that would be a Hollywood blockbuster film," she said.

In a country left devastated by war, the new central bank building in Baghdad was described as a beacon of hope for Iraq’s future.

It was one of the last buildings designed by the late Zaha Hadid, the globally renowned Iraqi architect.

After working in the Middle East for over a decade, Mr Pether was excited about the prospect of helping to rebuild war-torn Iraq.

But disaster struck after a contractual dispute between the Central Bank of Iraq and his Dubai-based employer, CME Consulting.

Ms Pether said that her husband was the head engineer on the project and had been working on it for around four-and-a-half years.

"There was a contract dispute in relation to an extension of time. And the delay was due to Covid and ports and things like that. It was completely unavoidable delays."

In April 2021, Mr Pether and his Egyptian colleague, Khalid Radwan, were invited back to Baghdad by the central bank to resolve the dispute.

Ms Pether said the pair went to Baghdad "in good faith" and worked on the project for seven days.

"He went to meetings all morning at the central bank offices with the engineers, had lunch with them and then, at 2pm, when the governor was supposed to turn up for his meeting, as per his invitation, he turned up with 12 security officers and they were arrested."

Her son Flynn said that they didn’t hear from their father for three days and did not know if he was alive or dead.

Ms Pether said she and her family assumed the dispute was going to blow over within 24 hours. Instead, it has gotten worse and worse.

"There have been plot twists at every corner. Like you can't assume anything there, because whenever you'd assume it will be played by our set of rules, they play by a completely different set of rules."

Mr Griffin is concerned about what happened after Mr Pether’s initial arrest, where they spent 12 days in the D6 detention facility.

"They were shown torture rooms, where it was intimated that they could be tortured if they did not comply with what the Iraqis were asking," he said.

Ms Pether said her husband lost a huge amount of weight in the first 12 days in detention.

"He was delirious. He was blacking out and severely dehydrated and he had a raging kidney and bladder infection. And he was very, very sick. So, if he hadn't been moved in from that first facility, he would not have survived," she said.

After that, they were moved to the Al Muthanna jail where they were held for almost six months without charge.

They met their lawyers for the first time two days before they appeared in court.

"They were convinced that, after finally being given the opportunity to show all of the evidence, proving they're 100% innocent, that they would be out," Ms Pether said.

"But they were sentenced to five years and a $12m fine," she told Prime Time, noting that no evidence proving they were innocent was accepted by the court.

Mr Pether has been held in dismal conditions at the prison near Baghdad where he and his colleague Khalid are in a room with 20 other inmates.

His wife is concerned that he has developed a new mole in the area where he had a melanoma before.

"He can't get that looked at while he's in prison," Ms Pether said.

Mr Pether's son Flynn, who is now an engineering student at TU Dublin, sat his Leaving Cert just weeks after Robert was jailed.

His father has missed other milestones in his children’s lives in a year when contact has been restricted to brief phone calls from prison.

Flynn said the phone calls "are very heavy at the beginning" because they tried to feed as much information as possible about the case to him.

"We try to keep the conversation somewhat silly just to lighten the mood, but you never hear a laugh out of him. You hear a chuckle occasionally, but a lot of the time he's very upset about missing the milestones and everything," he said.

"When I had my 18th, I got a phone call with him. He was crying on the other end of the line. And hearing your own father crying – it's kind of very demoralising."

"The question is how we impress upon the prime minister that it is in their best interests to do that," he said.

The Iraqi Embassy in London did not respond to queries from Prime Time.

A spokesperson for Australia’s Department of Foreign Affairs said that their government consistently advocates for Mr Pether and has "made at least 96 representations to the Iraqi Government, including at the highest level".

"Mr Pether is a high priority for our Embassy in Baghdad where much of our work is focused on his case."

It said that, while the Australian government has shown respect for the Iraqi judicial system, "commercial disputes should be conducted between corporate entities rather than individuals".

Campaigns like this have succeeded in the recent past. The release of Irish businessman Richard O’Halloran, who was detained in China for three years, has given the Pether family some hope.

Ms Pether is in contact with the O’Halloran family and they are supportive of her campaign.

She said that their daughter, Nala, who they adopted from Ethiopia, "absolutely adores her dad".

"She lost one dad and you know. We're fighting like hell so she doesn't lose another Dad. It's just absolute hell."