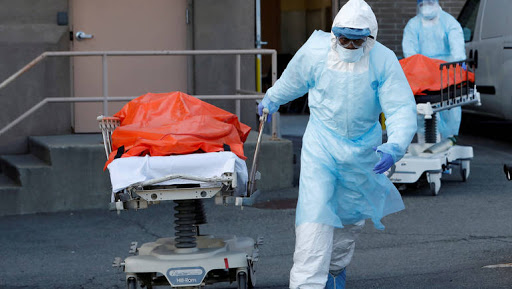 According to these data, the number of one day infections reached more than 60,000, for a total of about 4.9 million, and more than 152,000 fatalities.

Florida has become the second most registered state after California, with a total of 441,997 cases, an increase of 9,230 cases from the previous day.

The death toll in Florida exceeded 6000 on Tuesday, after recording 186 additional deaths in the state, according to health officials.

Several countries, including Spain and Germany, have tightened health measures after fears of a second wave.

British Prime Minister Boris Johnson warned on Tuesday of a "second wave" in Europe, defending the decision to quarantine all travelers from Spain despite Madrid's criticism.

The International Air Transport Association (IATA) announced on Tuesday that global air traffic will not return to levels prior to the Covid-19 pandemic crisis, until the end of 2024.

WHO: Record weekly jump in COVID-19 cases but fewer deaths