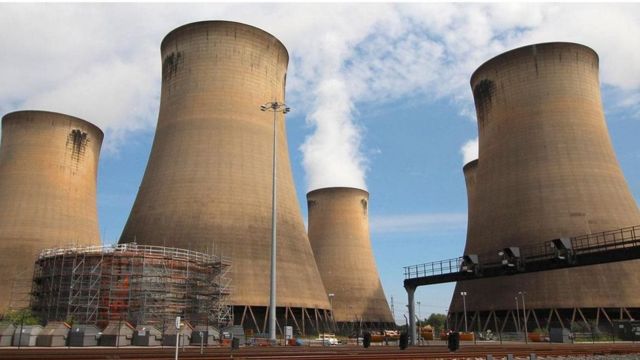 Shafaq News/ Coal will help solve the European Union's current energy price squeeze, even while the Russia-Ukraine crisis is expected overall to speed up actions towards the energy transition, participants in a shipping panel at the FT Commodities Global Summit said March 23.

"The only commodity that can help solve the energy crisis in Europe in the short term is coal," said Sveinung Stohle, deputy CEO of Greek-based shipping company Angelicoussis Group. "Like it or not, coal will play a very important role."

CO2 emissions are set to hit a record high in 2022, growing 2.5% over 2021, despite greater focus on climate and the continuing impact of the COVID-19 pandemic, S&P Global Commodity Insights Analytics said in a bulletin distributed this week. This follows a rise in CO2 emissions already last year on higher coal usage and growing energy demand as economies recovered from the pandemic.

Stohle noted that while the iron ore dry bulk trade has remained relatively steady since Russia invaded Ukraine on Feb. 24, and should continue to do so, coal trade has increased. This is "definitely helping the (shipping) market," particularly as coal is now being shipped for longer distances, creating more freight miles per ton of coal, he said.

There is backfilling of Russia coal orders with coal coming from as far afield as Australia to Europe, he said.

Coal is needed to enable European power stations to reduce usage of gas from Russia, which will be phased out under new EU directives and sanctions.

"Europe's gas dependency is much, much higher than in most Asian economies," Stolhe said. "Gas represents at least 30-40% of total energy demand in most European countries, compared to possibly 6-7% in China, of which maybe half is LNG."

More coal will be needed in Europe until more LNG production comes on stream, while Asia will continue to burn coal or oil as necessary, he indicated.

China's seaborne coal demand is likely to increase in the near term as domestic buyers look to stock up ahead of summer and railway maintenance that is expected to hamper the supply chain in April, market sources told S&P Global Commodity Insights March 23.

Expectations of a rise in thermal coal demand come at a time when domestic production has been impacted by COVID-19-induced lockdowns and movement restrictions. More than 20 provinces and cities have imposed travel bans and lockdowns as the number of positive cases surged.

Ghigo Ravano, co-CEO at independent brokerage IFCHOR, said that in the dry bulk market generally, uncertainties are high but fundamentals remain good with a growing orderbook which is "benign" to the sector as oversupply is not foreseen.

Ulrik Uhrenfeldt Andersen, CEO of shipper Golden Ocean Management, said he believes the capesize market is set for a relatively good year, although there are some markers that are not as positive as 12 months ago. "China has clearly been going down a gear with its steel production in the preparation for the Olympics... we saw warning shots fired in the real estate and construction sector with Evergrande and an increasing coal production in response to the energy crisis, although most of this may now be behind us and we're coming into a season that may be much more active," he said. Industrial activity statistics just published in China show the biggest rate of growth since June 2021, he added.

Angelicoussis' CEO said that the shipping industry's decarbonization drive would be considerably aided by introduction of a global carbon tax which could create a level playing field in the sector. Regional carbon tax mechanisms "will make it very complicated, fragment things, will be hard to enforce and will skew trade. As shipowners we need to take a very long-term view, 15-20 years when we are designing future ships," she said.

European Union to new Iran's Foreign Minister: to bring the JCPOA back on track