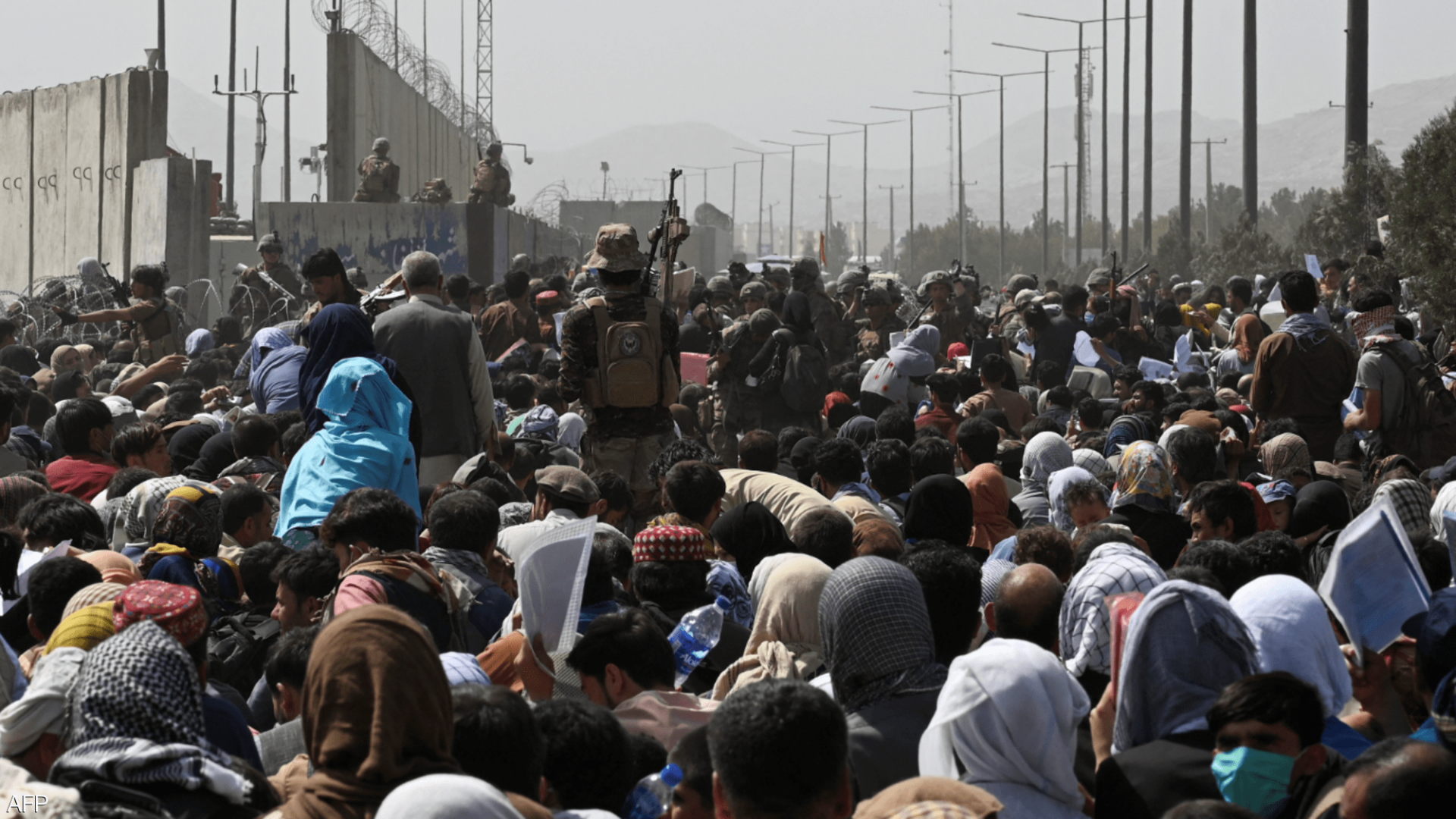 Shafaq News/ Chaotic scenes unfolded at Kabul's airport on Monday as thousands of people rushed the tarmac in desperate attempts to flee Afghanistan following a takeover by the Taliban, which swept into the capital in a stunningly swift overthrow of the Western-backed government.

Other planes were seen overloaded with Afghans who flooded across the runway to board them.

U.S. troops stationed at the airport fired warning shots as they struggled to manage the evacuations of Americans and Afghans fearful of Taliban rule.

At least seven people died at the airport during the chaos, the Associated Press reported.

The United States advised Americans in Afghanistan to avoid travelling to Kabul airport in an embassy travel advisory on Saturday as thousands try to flee the country.

"Because of potential security threats outside the gates at the Kabul airport, we are advising U.S. citizens to avoid travelling to the airport and to avoid airport gates at this time unless you receive individual instructions from a U.S. government representative to do so," the advisory said.

Switzerland has postponed a charter flight to Uzbekistan aimed at helping the evacuation effort from neighbouring Afghanistan, its foreign ministry said on Saturday, citing worsening security that has hindered access on the ground to Kabul airport.

"The security situation around Kabul airport has worsened significantly in the last hours. A large number of people in front of the airport and sometimes violent confrontations are hindering access to the airport in Kabul," the Federal Department of Foreign Affairs (FDFA) said in a statement.

Thousands of foreigners and Afghans working for embassies and international aid groups have been evacuated from Kabul airport since Taliban insurgents entered the capital a week ago. U.S. President Joe Biden said on Friday that about 13,000 people have been evacuated on U.S. military aircraft since Aug. 14.

Switzerland said on Friday it had organised a charter flight to Uzbekistan to back up the evacuation of people from Afghanistan.

"Only a small number of people can currently be flown from Kabul to Tashkent. Since there is no need for evacuations from Tashkent at the moment, the FDFA has postponed the charter flight to the capital of Uzbekistan that was scheduled for today," the FDFA said in its statement on Saturday.

Germany has also cancelled evacuation flights scheduled for Saturday and other countries are having increasing difficulties in getting their citizens and local employees out of Afghanistan, the ministry said.

The Pentagon said it would send an additional 1,000 troops to Afghanistan to join 5,000 U.S. troops there because of the worsening security conditions on the ground. The U.S. Embassy was evacuated Sunday, with diplomats relocating to the airport.

President Biden, who spent the weekend at Camp David, was not seen in public. On Sunday the White House tweeted a photo of the president in an empty conference room receiving updates on the departure of American personnel via video.

Biden is facing mounting criticism for his handling of the U.S. withdrawal from Afghanistan, with many comparing it to the fall of Saigon in 1975.

In a lengthy statement Saturday, Biden defended his decision to pull out.

“I was the fourth president to preside over an American troop presence in Afghanistan,” he said. “I would not, and will not, pass this war onto a fifth.”