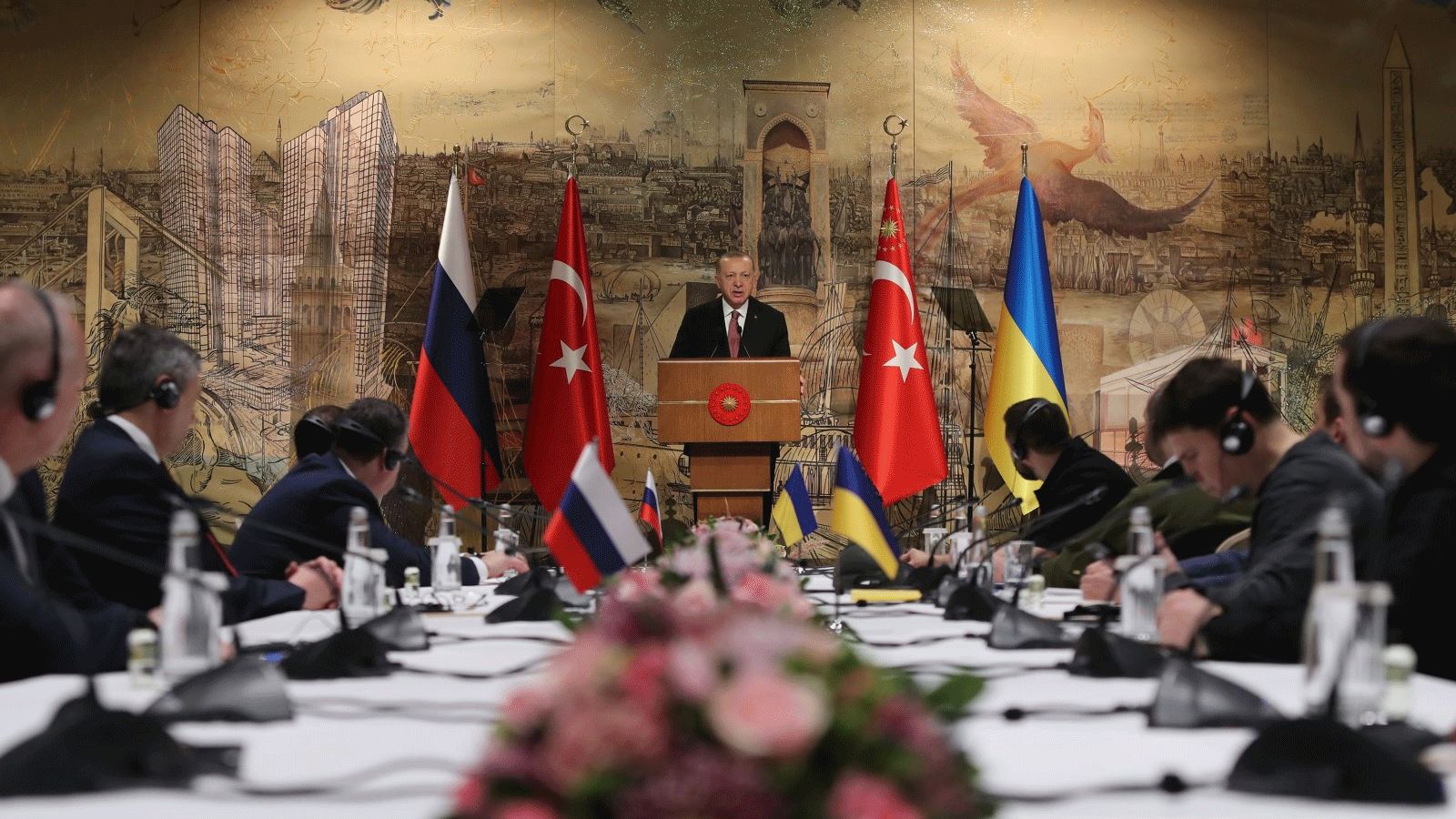 Shafaq News/ Russian and Ukrainian negotiators have concluded a round of face-to-face peace talks in Istanbul on Wednesday, with both sides expressing cautious optimism. Russia says it will reduce some military activity "to increase mutual trust."

The Ukrainian side said that there have been enough developments to have a meeting between the presidents of the two countries.

Russia said the talks were "constructive," raising hopes that there could be progress toward ending the war.

However, Russian top negotiator Medinsky said a meeting between Putin and Zelenskyy is possible only if a deal has been approved by the foreign ministries of both countries.

Following the talks, Ukrainian negotiators told reporters that Kyiv would agree to a neutral status if a security guarantee system is put in place. They said, under the new system, Israel, Poland, Canada and Turkey could be among Ukraine’s security guarantors.

The neutral status would include not hosting any foreign military bases on Ukrainian territory.

There needs to be full peace across Ukraine for any final agreement with Russia to come into force, the Ukrainian side stressed, adding that a referendum would be needed in Ukraine on the terms of any final deal.

They also proposed holding consultations with Russia on the status of Crimea.

General Alexander Fomin, Russia's deputy defense minister, told reporters that Russia would reduce its military activity around Kyiv and Chernihiv in light of the "meaningful" negotiations with Ukraine.

"In order to increase mutual trust and create the necessary conditions for further negotiations and achieving the ultimate goal of agreeing and signing (an) agreement, a decision was made to radically, by a large margin, reduce military activity in the Kyiv and Chernihiv directions," Fomin told reporters.

According to the AP news agency, Ukraine's military said it had noted withdrawals around Kyiv and Chernihiv. However, the Pentagon said it could not confirm the reports.

Turkey said Russian and Ukrainian foreign ministers were expected to meet in the next phase to set a mutual understanding and set the stage for a meeting between Zelenskyy and Putin.

"We are extremely happy to see an increased rapprochement between the two sides at every stage,"  Turkish Foreign Minister Mevlut Cavusoglu said.

The talks on Tuesday lasted around four hours with occasional breaks. It is unclear if the discussions will continue for a second day.

Russia may be contemplating a chemical-weapons attack, Blinken says