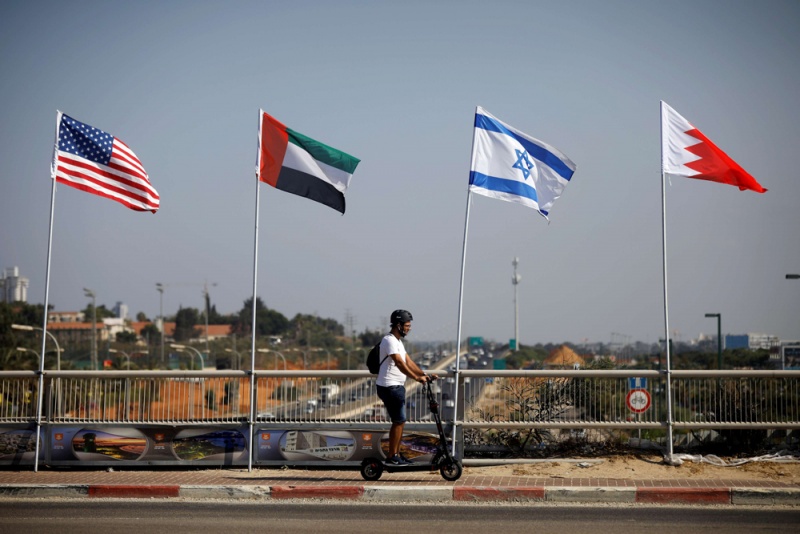 Shafaq News/US Secretary of State Antony Blinken promised Friday to encourage more Arab countries to recognize Israel as he met with top diplomats from the Jewish state and from three Arab countries a year after they began normalization.

The virtual event bringing together top diplomats of Israel, the United Arab Emirates, Bahrain and Morocco amounted to a full embrace by President Joe Biden of the so-called Abraham Accords, which his predecessor Donald Trump considered a key foreign policy legacy.

"This administration will continue to build on the successful efforts of the last administration to keep normalization marching forward," Blinken said.

"We will encourage more countries to follow the lead of the Emirates, Bahrain and Morocco. We want to widen the circle of peaceful diplomacy," Blinken said.

Blinken said that normalization has benefitted the people of the region and helps to address broader challenges including terrorism and climate change.

"It's in the interests of countries across the region and around the world for Israel to be treated like any other country. Normalization leads to greater stability," he said.

"We want to widen the circle of peaceful diplomacy," Blinken said. "Normalization leads to greater stability."

Israeli Foreign Minister Yair Lapid -- like Blinken, representing a new administration after the accord forged by a right-wing government -- said he would pay a first visit to Bahrain later this month. He has already visited the other two Arab states.

Critics of the Trump approach had accused him of advancing Arab reconciliation with Israel as a substitute for meaningful efforts to advance the rights of the Palestinians, with the previous administration unabashedly advancing the Jewish state's interests.

The Abraham Accords also had a transactional air with Trump promising state-of-the-art F-35 warplanes to the United Arab Emirates and bucking the international consensus by recognizing Morocco's claims to Western Sahara.

The Biden administration has quietly kept the incentives in place although it says it will increase oversight over the jet sale.

The three Arab ministers all called for progress on a Palestinian state.

The United Arab Emirates agreed to normalization after Israel's then prime minister Benjamin Netanyahu backed away from the prospect, blessed by Trump, of annexing vast swaths of the West Bank.

"We feel that the Abrahamic Accords will allow us to help and assist further in the peace process, leading to what we all see as the ultimate goal of a two-state solution," said Anwar Gargash, a top Emirati foreign policy adviser.

Notably absent from Friday's commemoration was Sudan, whose new civilian-backed government -- desperate for US support -- promised Trump to move forward with Israel but has since been hesitant in the face of public opposition.

Blinken said that the United States would encourage Sudan to foster ties with Israel.

Normalization has been more popular among elite opinion in the United Arab Emirates and Bahrain, which both share Israel's suspicions of regional power Iran.