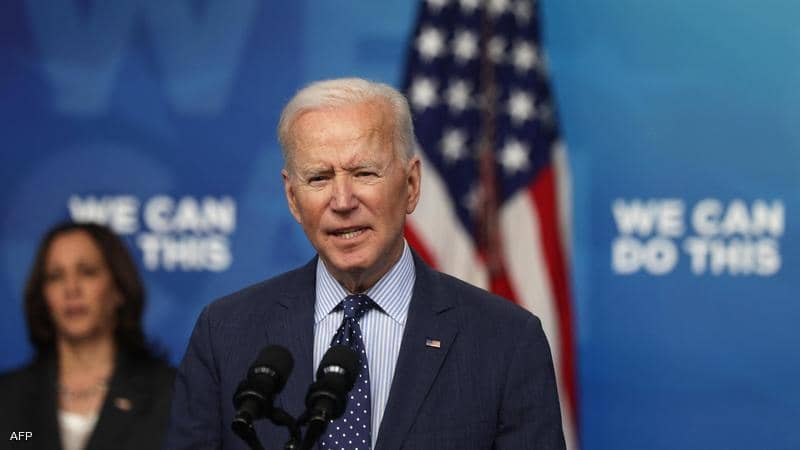 Shafaq News/ U.S. President Joe Biden hosted, on Friday, a naturalization ceremony at the White House to welcome 21 immigrants as citizens of the United States.

The ceremony is part of a U.S. Citizenship and Immigration Services effort to swear in nearly 10,000 new citizens in 170 naturalization ceremonies between June 30 and July 7.

President Biden took the stage following the Oath of Allegiance, thanking the newly-naturalized citizens for “choosing us” and for believing in the American dream.

“You've each come to America from different circumstances, for different reasons, and sixteen different nationalities,” Biden said. “But like previous generations of immigrants, there’s one trait you all share in common: Courage. It takes courage to get up and leave everything you know.”

The president also focused on the need to pass immigration reform during his address, using the moment to call for the option of citizenship for immigrants who were brought to the U.S. illegally as children, for foreign-born people who have temporary protected status due to strife in their birth countries and for farm workers.

Biden unveiled a sweeping immigration proposal on the first day of his presidency, which would provide the estimated 11 million undocumented immigrants in the U.S. a path to citizenship, while a bipartisan group of lawmakers unveiled legislation of their own in April, which would address surges of migration at the border.

U.S. and GCC states accuse Iran and "its proxies" of using drones against civilians