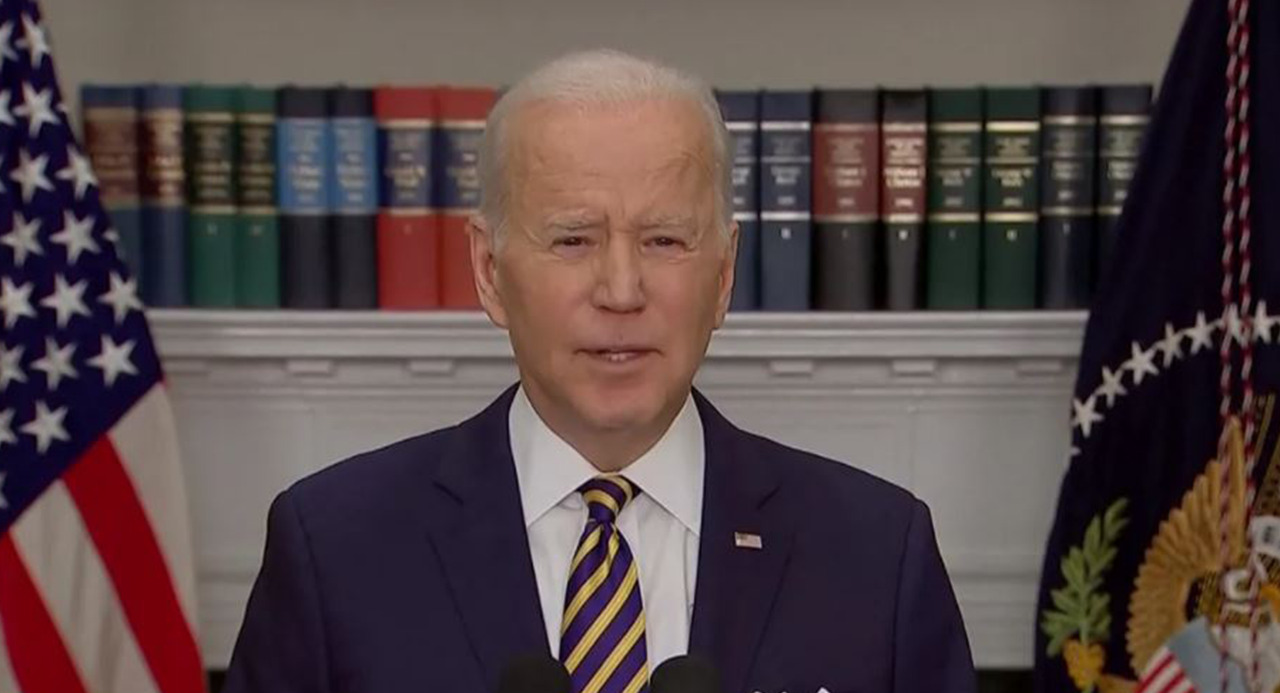 Shafaq News/ President Joe Biden on Tuesday announced his administration is banning Russian oil, natural gas and coal imports to the US in response to the Russian invasion of Ukraine.

"Today I am announcing the United States is targeting the main artery of Russia's economy. We're banning all imports of Russian oil and gas and energy," Biden said in remarks from the White House. "That means Russian oil will no longer be acceptable at US ports and the American people will deal another powerful blow to Putin's war machine."

The US will make the move unilaterally, without its European allies, due to disagreement among European nations about whether to ban Russian energy imports. EU countries have significantly more exposure to Russian energy than the US.

US officials decided, given the extreme political pressure at home, they could move without the coalition and not create major issues.

Bloomberg was first to report the move.

US imports from Russia make up a small slice of American energy portfolio -- roughly 8% in 2021, of which only about 3% was crude oil. White House economic officials have been engaged for more than a week as to how to manage any decision to cut off those imports, officials say. The Department of Energy reported that in the last two weeks of February, Russian oil imports dropped to zero as US companies cut ties with Russia, effectively implementing their own ban.

Those efforts have grown more intense in recent days as it became almost certain the US would impose a ban this week, one official said.

In both public and private conversations, top American allies have said the US would likely be acting on its own should it target Russian energy imports. That raised its own concerns at the White House, as US officials remain wary of pursuing any action that would fragment the carefully coordinated alliance that has served as the focal point of the response up to this point.

However, political pressure from both Republicans and Democrats made putting off a ban untenable.

"It is a fairly small percentage of the energy coming into the US, but it's critical for western Europe," Delaware Sen. Chris Coons said Tuesday morning on CNN's "New Day."

The Democrat added, "The strength of our sanctions, of the costs we're imposing on Putin for this brutal invasion of Ukraine are more successful and more sustainable when they're coordinated. So, I respect the fact that the administration is coordinating with our European allies and making sure that we have done the groundwork to understand how to effectively implement a ban on Russian energy."

The sanctions the West has slapped on Russia following its unprovoked invasion of Ukraine have so far exempted oil exports. But Biden has faced pressure from both Democrats and Republicans to impose tougher restrictions on Russia's energy sector, which could inflict more damage on the Russian economy than the retaliatory economic measures taken so far.

Biden held a phone call over the weekend with top members of his administration to discuss a potential ban on Russian oil imports, according to Secretary of State Antony Blinken.

Biden administration officials also traveled to Venezuela over the weekend to hold discussions on potentially allowing the Venezuela to sell its oil on the international market, which would help replace Russian fuel. Biden may also travel to Saudi Arabia as the US works to convince the kingdom to increase its production. The talks underscore how Russia's invasion has upended international relations and forced the US and other nations to seek out solutions in places they typically have shunned.

The move comes as gas prices skyrocket in the US as Russia's invasion of Ukraine rocks the global oil market. The average price for a gallon of regular gas broke its 2008 record, hitting $4.14 on Monday, according to the Oil Price Information Service, the firm that collects and calculates prices for AAA. That breaks the previous record of $4.11 a gallon that has stood since July 2008.

Gas prices were already on the rise as the US grappled with record inflation amid the coronavirus pandemic. In the fall, ahead of the busy holiday travel season, Biden announced the largest release of oil from emergency reserves in US history to try to combat high energy prices.