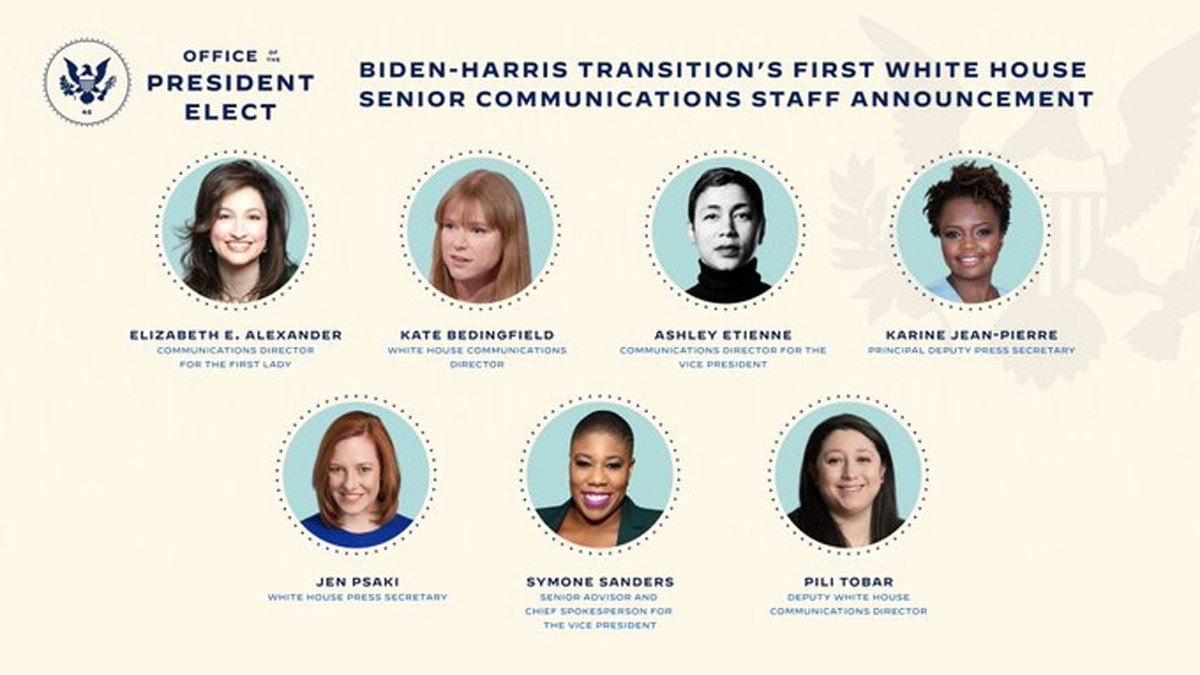 "I am proud to announce today the first senior White House communications team comprised entirely of women. These qualified, experienced communicators bring diverse perspectives to their work and a shared commitment to building this country back better," Biden said in a statement.

These seven women, several of whom are women of color, will occupy some of the most visible roles in the administration.