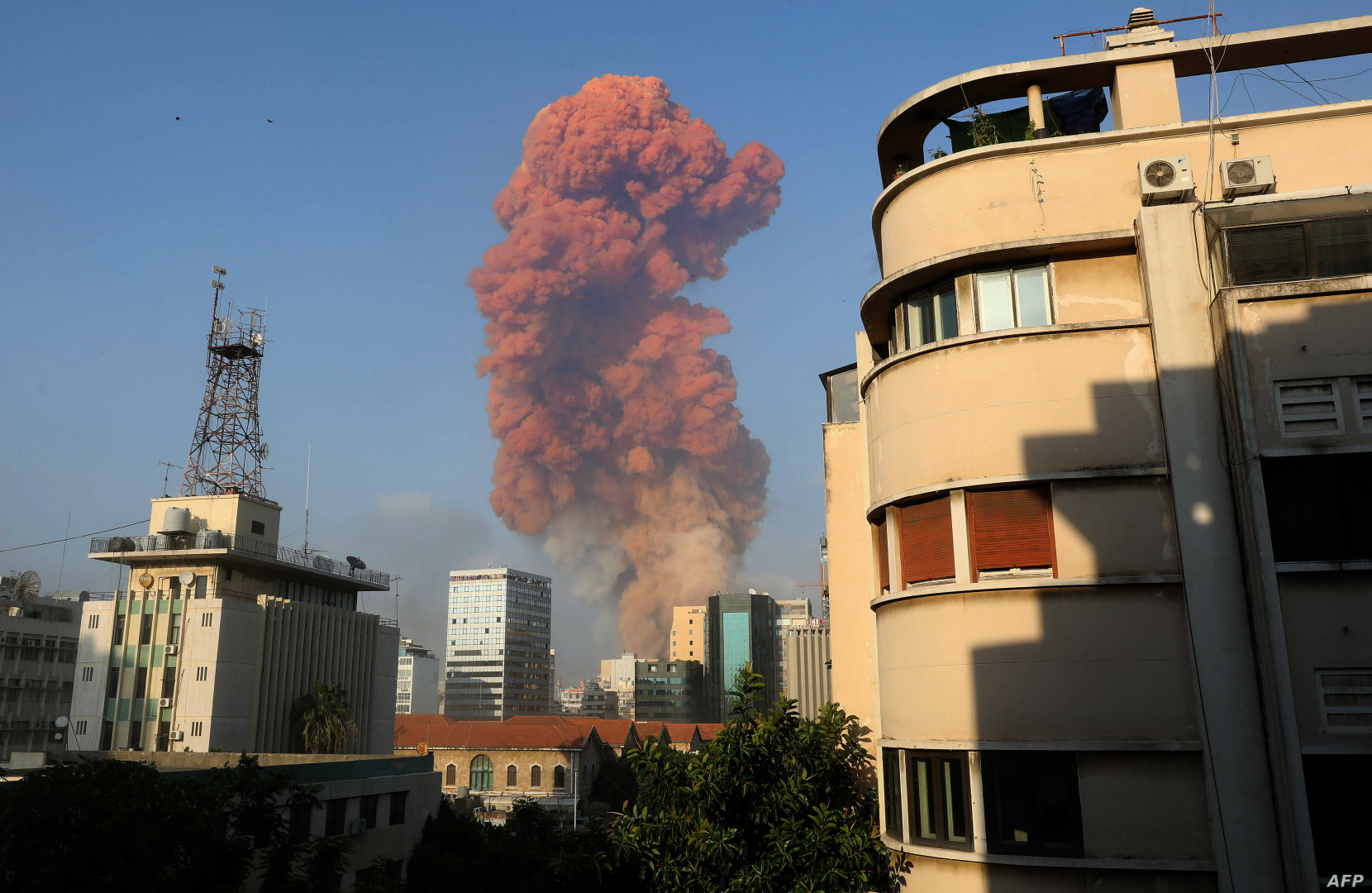 Shafaq News/ Videos of the Beirut huge explosion show a large column of smoke billowing from above an area of the port that houses large warehouses, before a large orange blast is seen and a massive dome-shaped blast wave shoots into the air.

Glass storefronts and windowless across the city were instantly shattered in the blast while videos and pictures shared on social media showed doors ripped from their hinges and ceilings filled with gaping holes.

Hundreds of people have been wounded in a huge blast that ripped through Lebanon's capital, Beirut, according to the country's health minister.

The massive explosion on Tuesday at Beirut's port released a shockwave which caused widespread damage to buildings, shattering windows in different parts of the city.

The cause of the blast was not immediately clear.

An Associated Press photographer near the Beirut saw injuries, and widespread destruction in central Beirut.

A journalist at France-Presse agency saw tens of wounded arriving at the Hotel Dieu hospital in Ashrafieh, in east Beirut, including children. A large number of them were full-covered with blood.

Other Journalists at France-Presse also saw parked cars in the middle of the street near the port, which was severely damaged. Buildings were badly damaged, and glass was scattered everywhere.

"I felt something like an earthquake, and then the explosion was heard. I felt it was stronger than the 2005 explosion that killed the former Prime Minister Rafic Hariri," a woman in the center of the capital told a France Press journalist.

Some local TV stations reported that the explosion occurred in the Beirut port inside an area where firecrackers were stored.

Security forces blocked all roads leading to the port, and journalists were prevented from approaching. Only ambulances and civil defense were allowed to pass.

The sound of the explosion spread throughout the capital, and was felt throughout Cyprus.