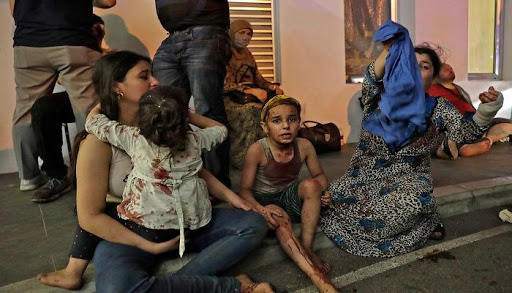 Shafaq News / The Lebanese Minister of Health, Hamad Hassan, announced today, Friday, that the number of deaths of the Beirut Port explosion has risen to 154.

Hassan added that 20% of the wounded, whose number exceeds 5,000, required hospitalization, of which 120 are critical cases.

In another context, officials said today, Friday, that the United Nations are striving to provide support to the victims of the Beirut Port explosion.

A WHO spokesman said, in an online briefing to the United Nations, that the damage that happened to the hospitals had caused a reduction in the number of available beds by 500.

The explosion also destroyed containers, including thousands of personal protective equipment used to for Covid-19.