Bahrain's Jews worship in public for first time in decades 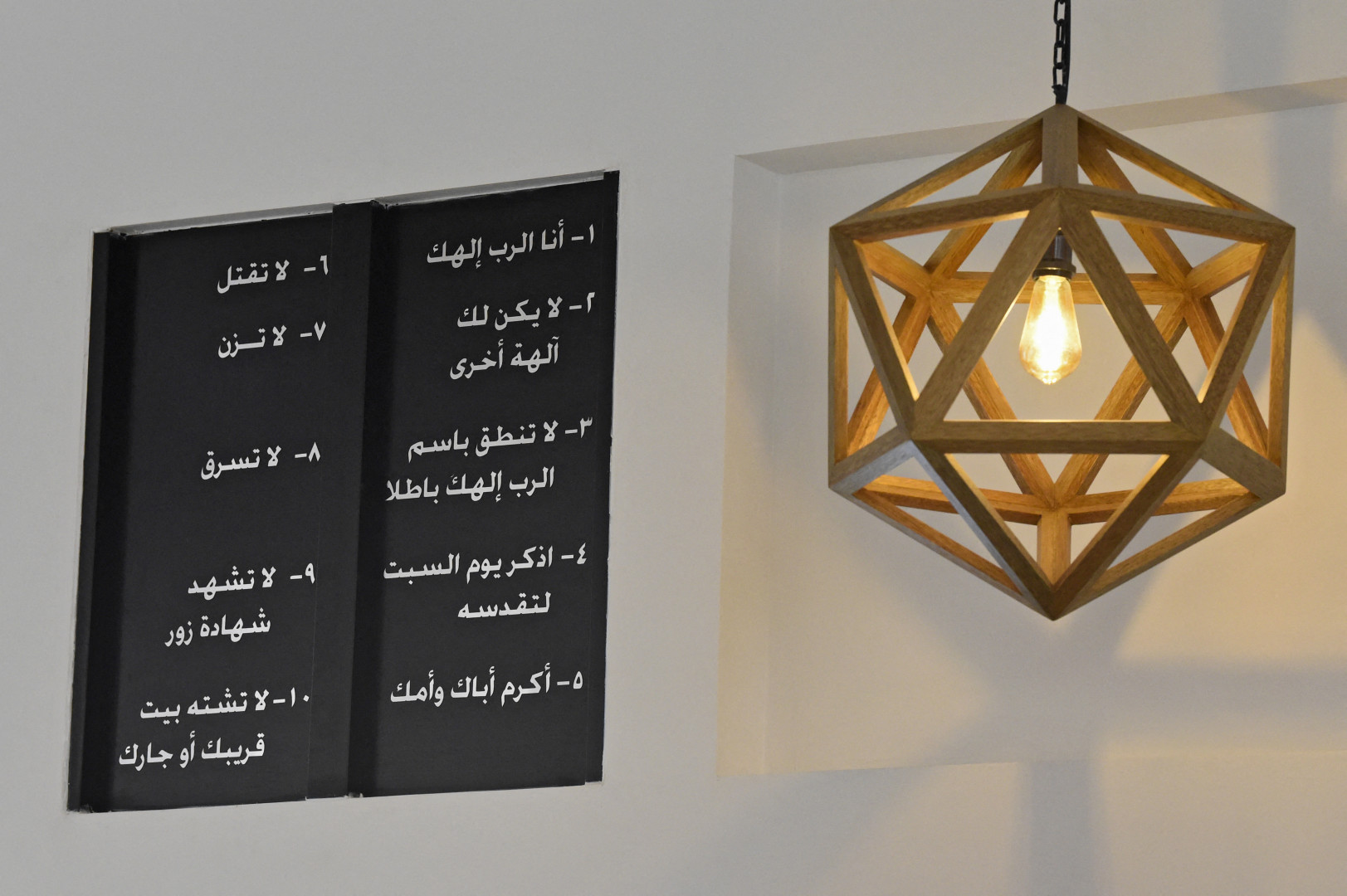 Shafaq News/ For the first time in decades, Ebrahim Nonoo is leading prayer services in Manama's renovated synagogue, bringing Jewish traditions into plain view after decades of worship in private.

Bahrain's tiny Jewish community, about 50 people, have practised their faith behind closed doors since 1947, when the Gulf country's only synagogue was destroyed in disturbances at the start of the Arab-Israeli conflict.

But when Bahrain normalised ties with Israel one year ago as part of US-brokered agreements with Arab countries known as the Abraham Accords, it "opened everything" up, Nonoo said.

The small, white-painted synagogue with wood-framed windows is in the heart of the capital Manama. It was recently renovated at a cost of 60,000 Bahraini dinars ($159,000).

Inside are wooden benches with navy blue cushions, a big screen to broadcast prayers, and a wooden podium, or bimah, holding religious books in Arabic, English and Hebrew.

"We can develop Jewish life in Bahrain because we have a fully functioning synagogue," Nonoo said.

"We have the ability to bring the Jews to the synagogue, and we want them to come on a regular basis."

On September 15, 2020, Bahrain and the United Arab Emirates broke with accepted Arab policy that there should be no ties with Israel until it makes peace with the Palestinians, and Sudan and Morocco followed suit.

The move was condemned as a "betrayal" by Palestinian critics, but it was a boon for Bahrain's Jews.

Last month, they held their first Shabbat services at the synagogue in 74 years, accompanied by expatriate Jews and diplomats.

At the services, worshippers eat bread and drink grape juice after reciting short prayers from a book from the synagogue library, with a silver menorah, or ceremonial lampstand, in the centre.

Bahrain's only synagogue, the House of Ten Commandments in the capital Manama, was recently renovated

Bahrain's only synagogue, the House of Ten Commandments in the capital Manama, was recently renovated Mazen Mahdi AFP

Rabbi Elie Abadie, head of the association of Gulf Jewish communities, said the return of public prayer was "renewing our history in the region".

"Jewish public prayers were heard in this region for over 2,000 years and unfortunately were stopped in 1947," he said. "Resuming them is like coming back home."

Even when the synagogue was out of action, Jews in Bahrain were still prominent in business and public life.

One example is Nancy Khedouri, a Bahraini Jewish parliamentarian, who hopes that the opening-up of Jewish culture will attract visitors from abroad.

"Many more people from the Jewish faith are interested to travel to the region, dreaming up new opportunities, enthusiastic to learn from those already living in the Gulf region," she told AFP.

"Those visiting will definitely contribute to tourism and economic growth."

Many Bahraini Jews left the country during the Arab-Israeli conflict over fears they would be targeted, while others stayed behind but kept a low profile, Nonoo said.

There are now concerns over the future of the community, with most of the younger generation living and working abroad.

Nonoo said he is currently seeking ways to buy the building next to the synagogue to establish a yeshiva, or religious school, where Jewish families can enrol their children.

"Our target is to have a rabbi, a young rabbi here in Bahrain, to develop Jewish life and to get to know the community and to be able to offer services to them on a weekly basis," he added.

"This will help develop the community in Bahrain."

For Aviva, 40, who has a two-year-old daughter, the re-opening of the synagogue has already brought comfort and joy.

"God is everywhere and in me, but praying at the synagogue makes me feel that my voice is more special," she told AFP, as she joined Nonoo for prayer.

"When they brought out the Torah (last month during prayer) and passed it to us to kiss, tears started running down my face... it was a special moment," she said.

The Revolutionary Guard: Bahraini king must wait the revenge

In a landmark visit, the Israeli foreign minister in Bahrain

Bahrain asks Lebanese Ambassador to leave the country within 48 hours