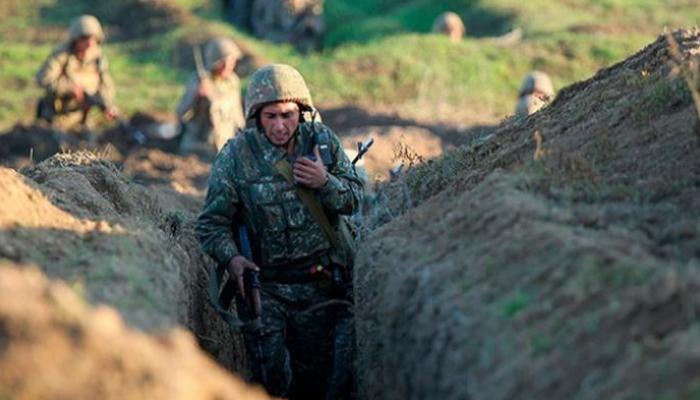 Shafaq News/ An Azerbaijani soldier was killed, and three Armenian soldiers were wounded on Friday in the most recent clash between the two countries since their bloody conflict in Nagorno-Karabakh last year.

Both Baku and Yerevan reported, in recent months, shooting incidents along their borders, raising fear of a renewed territorial dispute between them.

"On July 23 (Friday), at approximately 16:00 (1200 GMT), Armenian armed forces opened fire at Azerbaijani army positions at the Kelbajar sector of the Armenian-Azerbaijani state border," Baku's defense ministry said in a statement, adding "an Azerbaijani army serviceman was killed by the enemy's sniper."

Armenia blamed Azerbaijan for the incident, stating that "three Armenian servicemen got wounded in the intense shootout."

Baku's President Aliyev told the AzTV network on Thursday: "This is our ancestors' land, we are on our land," referring to the territory that Yerevan considers part of its Syunik district.

On July 6, Armenia accused Azerbaijan of injuring one of its soldiers in their most recent clash after the ceasefire, but Azerbaijan denied the accusation.

The war between the last two autumns claimed 6,500 lives. It ended in November with a ceasefire brokered by Russia, resulting in Yerevan having to cede the territory it had controlled for decades.