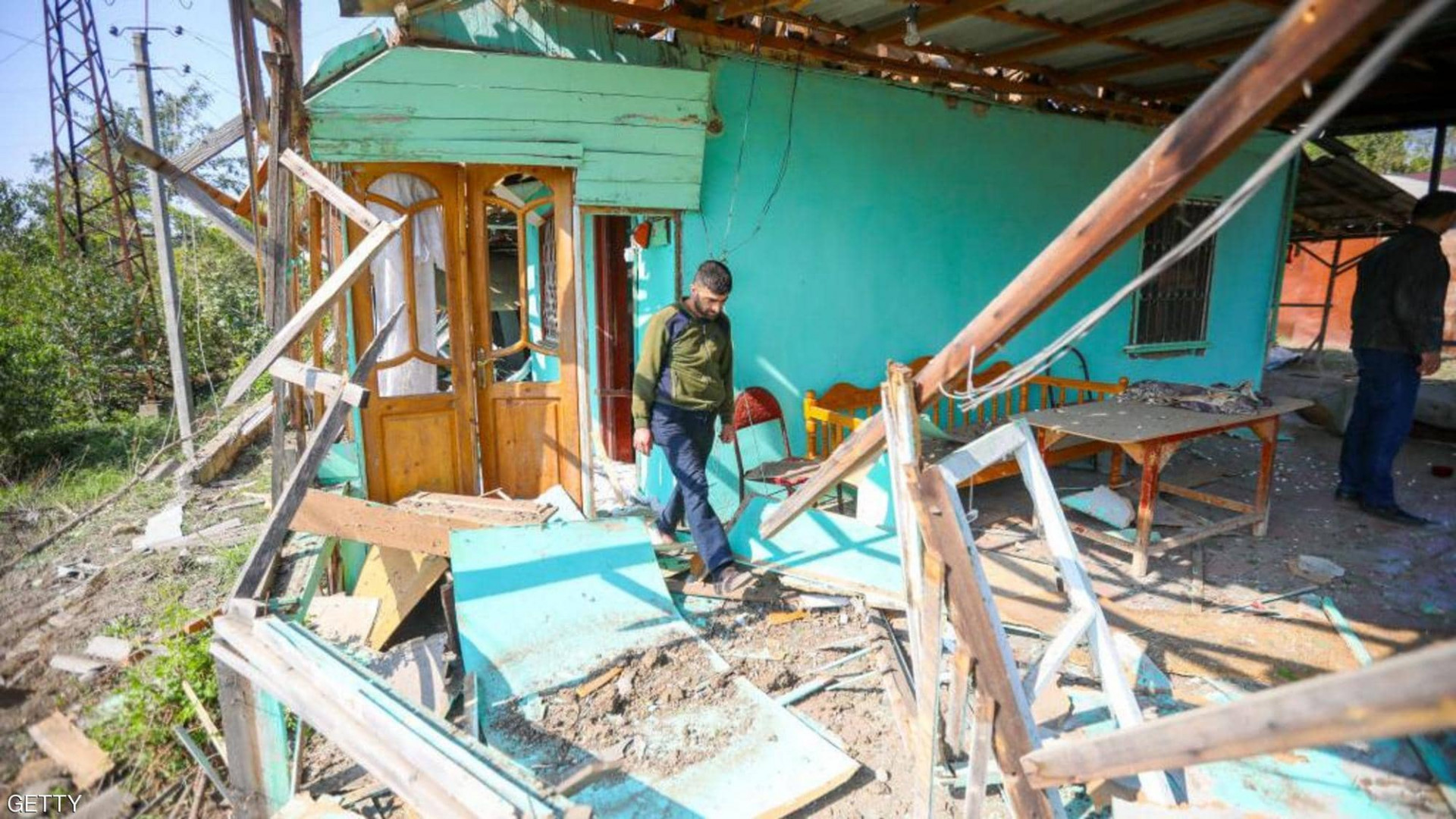 Shafaq news/ A ceasefire between Armenia and Azerbaijan entered into force on Saturday following 10 hours of talks between diplomats in Moscow hosted by Russian Foreign Minister Sergey Lavrov and ending nearly two weeks of heavy fighting over the disputed Nagorno-Karabakh,

Officials in Nagorno-Karabakh and Azerbaijani forces accused each other of firing missiles on civilian areas on Saturday morning shortly before the ceasefire was due to start.

The Azeri defense ministry in a statement accused ethnic Armenian forces of shelling populated areas on Saturday morning ahead of the ceasefire, an allegation Yerevan denied.

“Less than two hours before the cease-fire was due to begin,” the Armenian human rights ombudsman, Artak Beglaryan, wrote on Twitter that Azerbaijani shelling had been experienced.

"Azerbaijan few minutes ago again struck Stepanakert civilian areas with missiles. No data on casualties yet," he wrote.

The Moscow ceasefire talks were the first diplomatic contact between the two sides since fighting over the mountainous enclave erupted on Sept. 27, killing hundreds of people. The enclave is internationally-recognized as part of Azerbaijan but is populated and governed by ethnic Armenians.

Armenian Foreign Minister Zohrab Mnatsakanyan and his Azeri counterpart Jeyhun Bayramov did not speak to reporters in Moscow after striking the ceasefire deal.

Since September 27, more than 400 people have been killed in fighting over the contested region. Nagorno-Karabakh is officially part of Azerbaijan, but under control of ethnic Armenian forces backed by Armenia since the end of a separatist war in 1994.