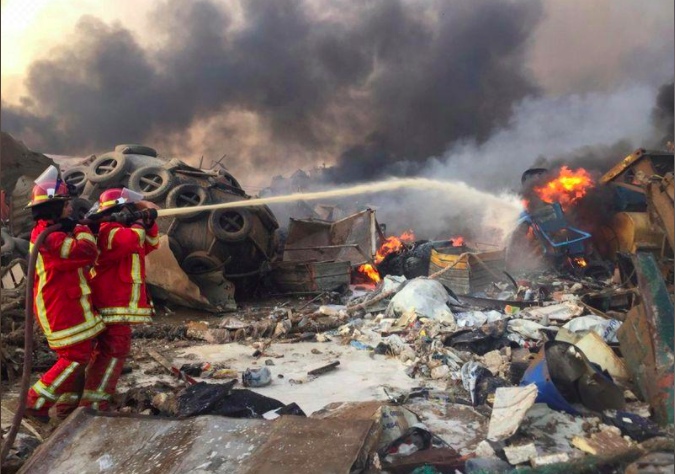 Shafaq News / A Lebanese security source and a medical doctor told Reuters that at least ten bodies were taken to hospitals following a huge explosion in the Beirut port area.

For his part, Major General Abbas Ibrahim, the head of Lebanon's General Security Directorate, said in a statement to Lebanese media that "what happened was an accident in a store of highly explosive materials."

He added, "The firecrackers scenario is ridiculous, We are talking about highly explosive materials," adding " we can't stay one step ahead, waiting for the security services to  determine the nature of the explosion."