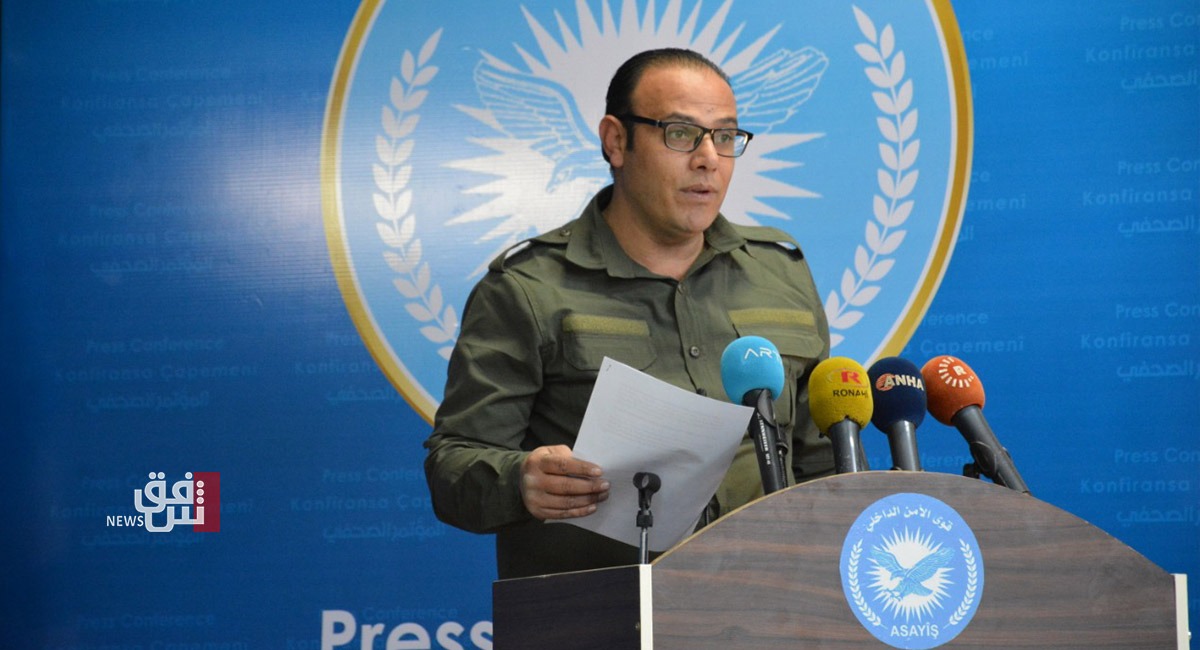 Shafaq News / The media center of the Asayish (Internal security forces) in northern and eastern Syria (NES) carried out on Wednesday a campaign in al-Hasakah to pursue groups and sleeper cells linked to ISIS.

The center stated that the "Asayish" forces raided at dawn today hideouts of ISIS cells that were behind the attacks against civilians in the city of al-Hasakah and its countryside.

The statement confirmed that 30 terrorists were caught in possession of a large quantity of weapons and military uniforms they used in their "terrorist" operations.