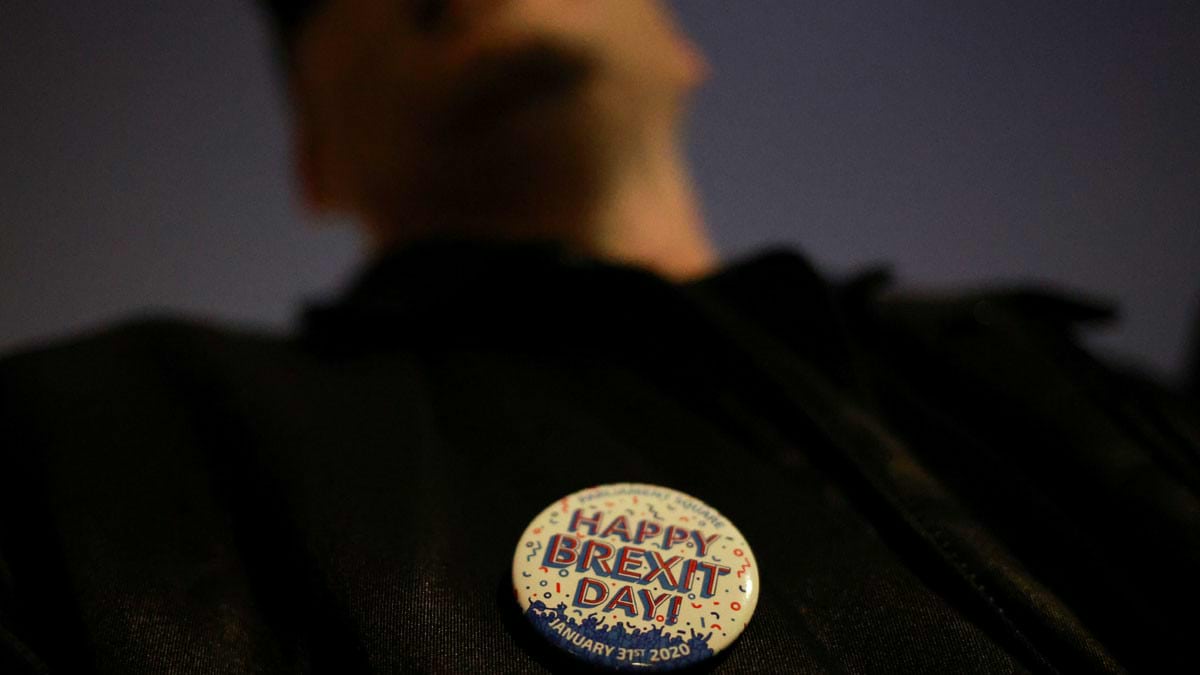 Shafaq News/ Boris Johnson has declared the new year “an amazing moment for thishis country," in a message broadcast as the UK completed its departure from the European Union.

The prime minister said he was confident that 2021 was the year when the UK will reach “the end of the journey” back to normal life after a 2020 blighted by the Covid-19 pandemic.

he claimed the completion of Brexit at 11pm on New Year’s Eve, with the UK leaving the EU single market and customs union, would mean that “our freedom is in our hands and it is up to us to make the most of it”.

Membership of the single market and customs expired four and a half years after the in-out referendum which sought to settle the issue but sparked political turmoil.

Johnson said the EU had provided the UK with a "safe European home" during the 1970s but the country had now "changed out of all recognition" with global perspectives.

Under the new arrangements, freedom of movement rights will end, and while UK citizens will still be able to travel for work or pleasure, there will be different rules.

Johnson’s video message was broadcast as the tally of daily coronavirus deaths reached 964, with cases hitting a record 55,892, while newly released papers showed the PM’s Sage advisers had warned that even a total lockdown may not rein in the virulent new variant of the disease.

With the UK chairing the G7 group of major industrialized nations in 2021 and hosting November’s United Nations COP26 climate change summit in Glasgow, Johnson said the year ahead would enable the country to showcase itself as an “open, generous, outward-looking, internationalist and free-trading global Britain”.

Brexit will free the UK to strike new trade deals and to “do things differently, and if necessary better, than our friends in the EU”, he claimed, despite clauses in the agreement he signed which allow Brussels to impose tariffs if the UK diverges from its rules.

The prime minister said that 2020 had been a “grim” year when the government was forced to tell people how to live their lives and when “we lost too many loved ones before their time”.

But he said it was also “the year when we rediscovered a spirit of togetherness, of community” as people applauded health workers and put their own lives on hold to protect their neighbours and save the NHS from being overwhelmed.