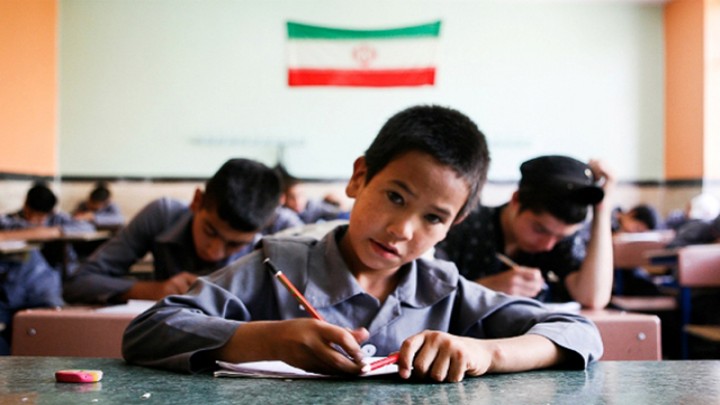 In a video conference, President Hassan Rouhani said the education of 15 million students is as important as the health system.

"Education will not be closed in our country even under the worst situation," he said, urging authorities to implement health measures in schools to the level of those in military garrisons.

The reopening of schools came as many expressed concern over a possible increase in infections, including medical professionals.

Iran has so far used distance learning via internet and TV programs. Authorities say the system will continue for undergraduate university students.

Iran's death toll from COVID-19 has so far passed 22,000 out of 382,772 confirmed cases. The country has had the first and worst outbreak in the region.

Rouhani's invitation to students to attend schools, while he refrains from participating in attendance at any ceremony, has sparked criticism in the Iranian parliament, the head of the parliament’s health committee, Hossein Ali Shahriari, said that children cannot be sent to schools while the president participates in the opening of the school year through Virtually.

Shahriari added that Parliament is concerned about the safety of students, stressing that "their adherence to health guidelines is like a joke, as many families do not have money to buy masks for their children daily."

The government's decision to conduct education in the presence of this year was widely criticized on social media, and opinion polls published by news sites showed that most families did not send their children to school on the first day, amid doubts about the schools ’seriousness and their ability to adhere to health guidelines.

The Ministry of Education announced last week that education will be by using the Internet, and the Ministry of Communications provided a free internet network for schools, but it reversed the decision as the Minister of Education, Mohsen Haji Mirzai, said that more than three million out of about fourteen million students, do not own smart phones or computers for distance learning.