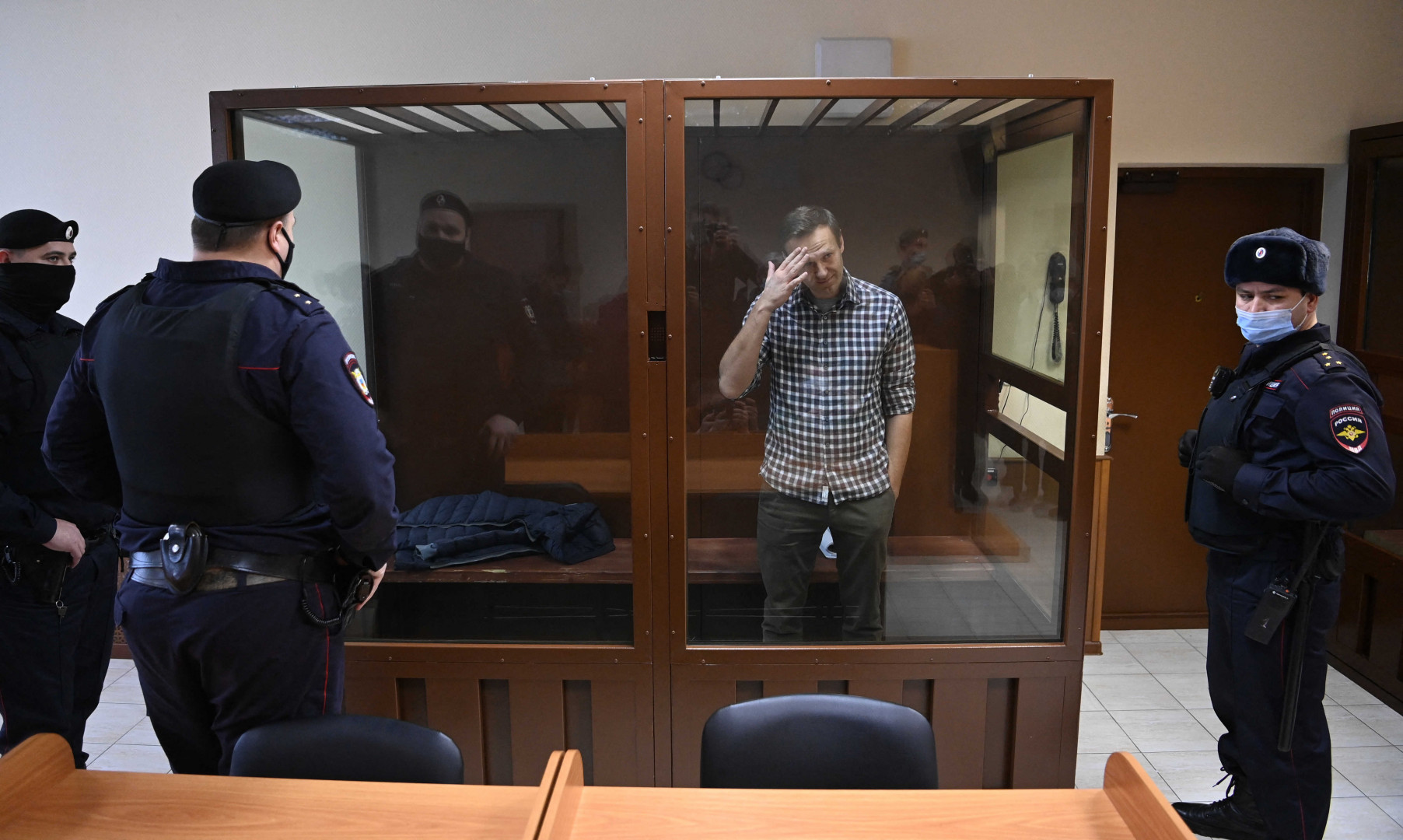 Shafaq News/ A Moscow court has rejected an appeal from Alexei Navalny that virtually guarantees the Russian opposition figure will be sent to a prison camp for two and a half years.

In a widely expected ruling, the judge upheld a decision to imprison Navalny by reversing a parole handed down in 2014 for embezzlement in a case Navalny said was politically motivated.

From a glass-enclosed holding cell, Navalny delivered an impassioned appeal to a wider base of Russians who are unhappy with life under Vladimir Putin’s leadership.

“I want Russia to be free but that’s not enough in itself,” he said. His arrest last month was met by large protests in Moscow and other cities, where police arrested record numbers of demonstrators. “We have everything but we are somehow still an unhappy country. I propose changing our slogan: Russia will be not only free, but also happy. Russia will be happy!”

In the decision, the judge shaved 45 days from Navalny’s original sentence of two years and eight months. “That’s much better!” Navalny joked from the dock.

The Kremlin critic reflected on his faith in God, while also drawing inspiration from eclectic sources such as Harry Potter and the cartoon Rick and Morty.

“To live is to risk it all,” he said, quoting Rick Sanchez from the Adult Swim animated series. “Otherwise you’re just an inert chunk of randomly assembled molecules drifting wherever the universe blows you.”

The court’s decision to reverse his parole and impose a prison sentence was made after Navalny survived a suspected FSB poisoning and then tricked a government agent into revealing details of the operation.

His Anti-Corruption Foundation also published an investigation into a £1bn Black Sea palace believed to have been built for Vladimir Putin.

Russia has refused to release Navalny despite a ruling from the European court of human rights which has said there is a credible threat to his life in jail. Russia is obliged to recognise the Strasbourg-based court’s rulings as a member of the Council of Europe, but has said it will ignore the ruling, calling the decision “interference in the affairs of a sovereign state” and “unenforceable”.

Navalny will go on trial later on Saturday for allegedly offending a Second World War veteran. He does not face prison time in that case.

“I’m always giving my last words,” Navalny, who has been tied up in criminal cases since he emerged as an opposition leader in 2011, told a packed courtroom. “When this trial ends, there will be another. And I’ll give my last words there too.”