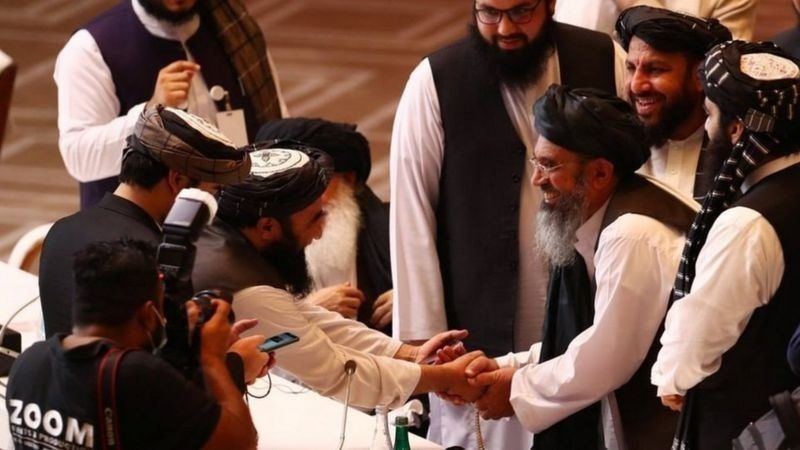 Shafaq News/ Al-Qaeda's Yemeni branch on Wednesday congratulated the Taliban on their takeover of Afghanistan, and vowed to continue its own military campaigns.

"This victory and empowerment reveals to us that jihad and fighting represent the (Islamic law)-based, legal, and realistic way to restore rights (and) expel the invaders and occupiers," Al-Qaeda in the Arabian Peninsula (AQAP) said in a statement.

"As for the game of democracy and working with simple pacifism, it is a deceptive mirage, a fleeting shadow, and a vicious circle that starts with a zero and ends with it," said the statement carried by SITE Intelligence group, which monitors jihadist networks worldwide.

The Taliban had sheltered Al-Qaeda leader Osama Bin Laden during its rule from 1996 until 2001, when US-led forces toppled it in response to the September 11 attacks, but last week Taliban fighters took control of the capital Kabul at the climax of a lightning offensive.

The United States considers AQAP the most dangerous branch of Al-Qaeda's global network, and has carried out drone strikes against its fighters in Yemen since soon after the 9/11 attacks.

But on Sunday, AQAP fighters in Yemen's central governorate of Bayda and southern province of Shabwa celebrated the Taliban's return to power in Afghanistan with fireworks and by firing gunshots in the air, residents told AFP.

The hardline Sunni Muslim group has taken advantage of Yemen's war since 2014 between the internationally recognised government and the Iran-backed Huthi rebels, bolstering its presence in southern Yemen.